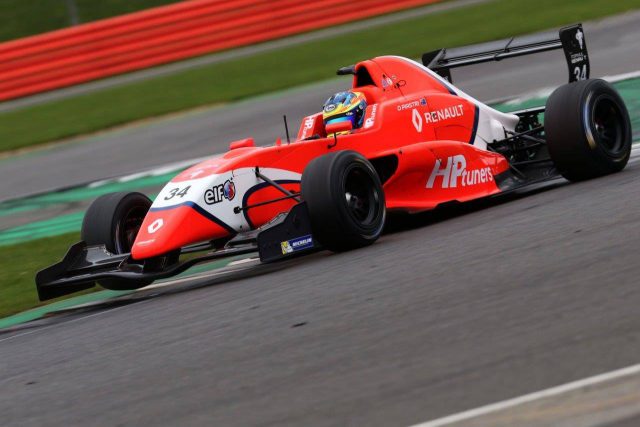 Rising Australian open-wheel racer Oscar Piastri will step up to the Formula Renault Eurocup in 2018.

Piastri impressed as a rookie in British Formula 4 this year, taking six race wins among 15 podiums on his way to a runner-up finish in the championship.

He will remain with Arden Motorsport for the Formula Renault Eurocup campaign, which will take him to 10 current or former Formula 1 circuits, including the Monaco Grand Prix.

“We’ve had a strong winter test program and driving some of the most iconic tracks in the world is amazing.

“Having some familiar faces in the garage has allowed me to focus on learning as much as I can before the race season starts.”

Arden Motorsport founder Garry Horner said, “We are delighted that Oscar will continue to be part of the Arden Team in 2018 and happy to be supporting him in his motorsport career.”

The 16-year-old Melbourne native earned the Joe Tandy Memorial Award for most impressive newcomer and Driver’s Choice Award as part of his British F4 exploits before an impressive rookie test in Formula Renault Eurocup at the end of October.

He also picked up a pair of eighth placings in a one-off Formula Renault Northern European Cup appearance at Hockenheim in early October.

Formula Renault Eurocup has been a popular championship for Australians in recent times with four completing the full season and five in total in 2017.