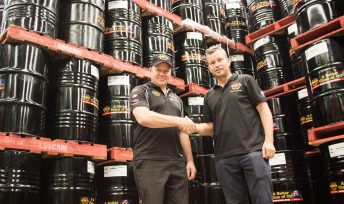 The Australian oil brand joined Erebus as a sponsor for the 2015 Bathurst 1000 and will start its third full season with the now Melbourne-based team next year.

“We are excited to continue to build our relationship,” said Erebus Motorsport General Manager Barry Ryan.

“Penrite and Erebus are two brands that share a passion for racing and performance.

“Penrite Oil has been an iconic brand for more than 90 years and we’re confident in the products they supply to us.”

Reynolds signed a new deal earlier this year to remain at the Betty Klimenko-owned squad for at least another season, when he will be joined by rookie Anton De Pasquale.

Youlden’s renewal as a Pirtek Enduro Cup co-driver was announced last week, while Erebus has also committed to upgrading to the ZB Commodore shape next year.