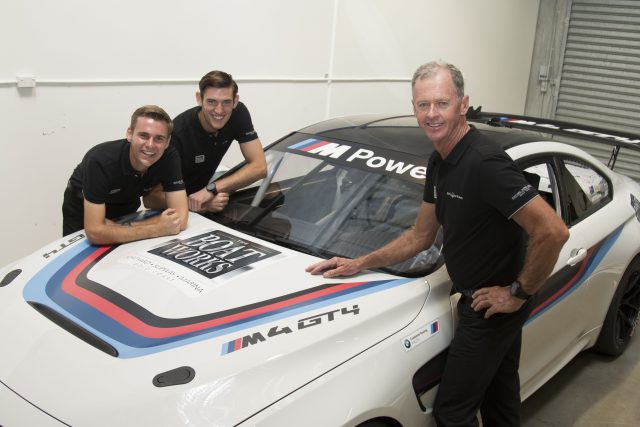 Longhurst has been pencilled in as the other driver, but has not yet made a final call on whether he will complete the trio in the BMW M4 which will be backed by his own The Boat Works business.

The 23-year-old Brabham is set to be the third member of his family to race at Mount Panorama after his grandfather Sir Jack and father Geoff.

“I am looking forward to having my first outing at Mt Panorama and this is a terrific way to do it,” said Brabham.

“I have to thank Tony for the opportunity.

“It is pretty cool to be heading to Bathurst with the group of people we have given the history of all three families separately and together over the years.

“Given Dad’s history with BMW at Bathurst and professionally, it is also nice to be making my debut there with the German marque.

“It would be terrific to get a solid result on debut and use that to springboard myself into more opportunities in Australia, the US, Asia and Europe.”

He achieved a best result of sixth with the latter in 1978.

He won the Super Tourer edition in 1997 and partnered Longhurst to eighth in the 1998 Bathurst 1000 in a Falcon.

Longhurst made a comeback to racing in last year’s edition in a BMW M6 GT3 which she shared with Mark Skaife, Russell Ingall, and Timo Glock, recording a DNF after an error by Ingall at The Dipper.

“Once this stuff is in your blood it is hard to shake it,” said Longhurst, who had ‘retired’ again at the time.

“I am still undecided about driving or not, but it is terrific that we have created something to give a couple of young talents like Matt and Aaron the chance to have a burn around.

“Both kids are quick and wonderful young men who just have a passion for the sport.

“It will be a buzz to see the names Brabham and Seton on the side of the car and if we decide to add Longhurst or another name to that, we will see.”

The Bathurst 12 Hour will be held from February 2-4.

VIDEO: Brabham, Seton, and Longhurst on the entry