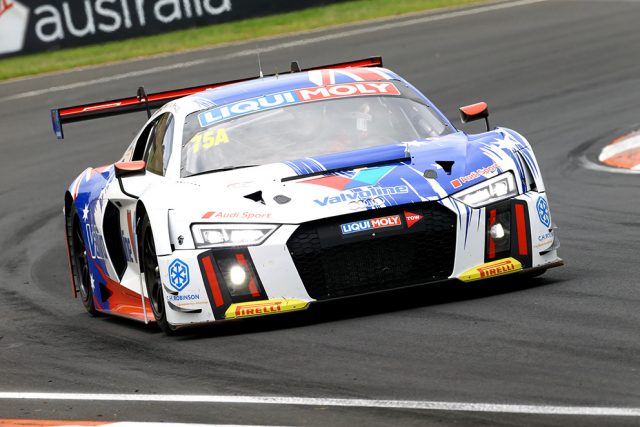 An all-star Audi trio will take to Mount Panorama in a Jamec Pem R8 for February’s Liqui-Moly Bathurst 12 Hour.

Factory drivers Christopher Mies, Christopher Haase, and Markus Winkelhock will share one of the Melbourne-based team’s two Valvoline-backed cars in the once-around-the-clock race.

Mies is well-known to Australians not only due to his two Bathurst 12 Hour wins in 2011 and 2012, but also for winning the 2015 Australian GT Championship with Jamec Pem Racing.

Next year’s Bathurst 12 Hour will be the German’s eighth in succession, and comes off the back of his second of two Nurburgring 24 Hours wins this year.

Haase and Winkelhock both made their Bathurst 12 Hour debuts in 2015 with Phoenix Racing.

Haase is also a two-time Nurburgring 24 Hours winner and has partnered Mies for the last two years at Bathurst with Jamec Pem.

They and Garth Tander finished 13th outright last year after being turned around during the third hour and collected in the spin by, ironically, an unlucky Leanne Tander.

Winkelhock finished second and fourth outright in his two years with Phoenix Racing but was a non-finisher with Jamec Pem this year after Frank Stippler hit a wall before sunrise.

“It has been a long time between drinks for Audi at Bathurst so this line up is an indication of how serious they are, and how serious we are as a team, to return them to the top step of the podium,” he declared.

“Chris, Markus and Christopher aren’t just factory Audi drivers; they are now hugely experienced at Bathurst which is a big advantage.

“It is a very strong line-up and we’re confident that the Valvoline Jamec Pem Racing Audi R8 LMS will be at the front of the field next February.”

The drivers for the second Bathurst entry will be named within a week.