Richards and JPS BMW to take to Hampton Downs

Richards and JPS BMW to take to Hampton Downs 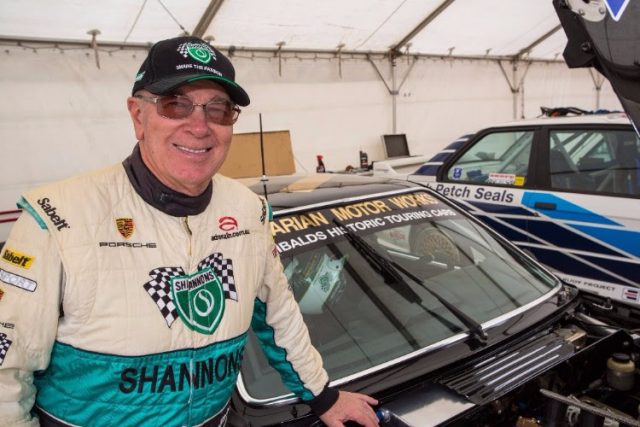 Jim Richards will drive a restored JPS BMW at the annual Hampton Downs Festival of Motorsport on January 13-14.

Richards is set to pilot the eye-catching 635 CSi around the North Waikato circuit along with a number of other cars from the era.

The touring car legend will also play a key role in the dinner planned for the Saturday night of the 4Guys Autobarn Legends of Bathurst event.

John Bowe and Steven Johnson are likewise set to take to the track during the event, which will also be attended by a bevy of former greats including Fred Gibson, Allan Moffat, and Paul Radisich.

Richards drove the BMW, which has been converted from the Group A specification in which it ended its racing days back to its original Group C specification, at the Silverstone Classic in July this year.

The car, which is owned by New Zealand collector Peter Sturgeon, won the ‘most admired car at the meeting’ award during its first appearance outside of Australia or New Zealand.

Richards is relishing the chance to drive it around Hampton Downs.

“It was an easy decision to come over to Hampton Downs and see some people I haven’t seen for a while and have a drive in a nice car,” said the Auckland-born driver.

“It probably runs better now than it did back in the day. The tyres are better for a start.

His Bathurst 1000 campaign later that year, however, came unstuck when he and George Fury in the sister car ended up buried together at Hell Corner having slipped on oil, at which time Richards was leading the race.

Steven Richards will be in action in an ex-Gianfranco Brancatelli/Johnny Cecotto BMW E30 M3, another Sturgeon-owned vehicle.

The Hampton Downs Festival of Motorsport will also feature the Archibalds Historic Touring Cars, in which Bowe will drive a Mark Petch-owned Volvo 240T, and Enzed Central Muscle Cars, among other categories.