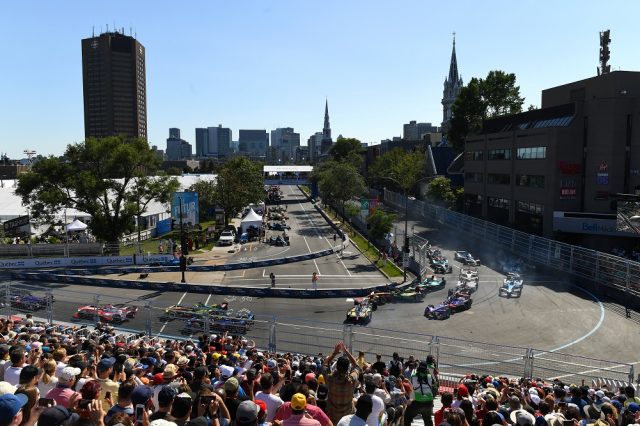 Montreal’s Mayor has cancelled the double-header which was set to serve as this season’s Formula E finale over the $35 million cost to the host city.

Mayor Valerie Plante, who was elected to the role in November, had vowed during her campaign to either move the race, possibly to the city’s Formula 1 track Circuit Gilles Villeneuve, or pull the plug at least for a year.

In a press conference on Monday afternoon (local time), she announced that the city had opted for the latter.

According to Plante, taxpayers would have to meet a funding shortfall of up to $35 million (Canadian dollars; approximately AUD 35 million) for this season’s event and $20 million for each thereafter.

“Montrealers have made it clear that we can’t waste their money on poorly planned projects that don’t serve them,” she was reported as saying by CBC News.

“It was clear as of last May that the organisation was headed straight for a financial fiasco,” added Plante.

According to reports, ‘Montreal it’s electric’, the not-for-profit organisation which runs the event, owes creditors $6.2 million and has all but exhausted its $10 million line of credit from the city.

Furthermore, figures released just prior to the election showed that while 25,000 tickets had been sold to last season’s inaugural Montreal ePrix, another 20,000 had been given away.

Previous mayor Denis Coderre had brought Formula E to Montreal as a means of promoting sustainable energy in the city.

However, Mayor Plante slammed the event in a succession of Twitter posts, and vowed not to hold the event under the current business model.

It became pretty clear as early as May 2017 that we were heading towards a financial fiasco. #polmtl #FormuleE

Her comments do leave open the possibility for the event to be revived under more favourable financial circumstances for Montreal, but its future is uncertain.

“We had 3 options in mind : moving the race to the Circuit Gilles Villeneuve, building a temporary race track somewhere else, taking a one year break in order to clean the house and work on a better business model,” she said in another Tweet.

In a statement from Formula E, a spokesperson said, “We are very surprised and disappointed by the unilateral decision and announcement of the Mayor of Montreal.

“This is a clear case of a new mayor undoing what the previous mayor did.

“Whilst there is a contract in place, we will not make further comments at this point as this is now in the hands of our Canadian legal counsel.”

Should neither Montreal nor any replacement go ahead, the championship would run for 12 races ending with a double-header in New York on July 14-15.

The cancellation is the second change to the calendar after Sao Paulo’s debut was postponed for a year, with Uruguay’s Punta del Este to host a race in its place.