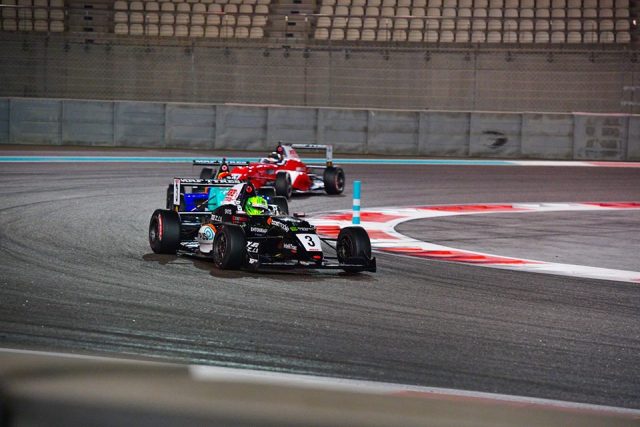 Dylan Young finished in the points in all four races of Round 3 of the MRF Challenge at the Yas Marina Circuit.

Harri Jones was hampered by a poor qualifying session on his way to 13th in Race 1, but backed up with results of eighth, sixth, and 10th in the remaining three races.

Felipe Drugovich swept the round with dominant victories in Races 1, 3, and 4, while also winning Race 2 thanks in part to the then-top two taking each other out.

The Brazilian therefore extended his points lead ahead of the final round at the Madras Motor Race Track on February 3-4. Lewis Cornish has taken out the 2017 FIM Asia SuperMoto Championship (Open International Class) after podium finishes in each moto of the fifth and final round in Kuala Lumpur.

Dane Simon Vilhelmsen had an eventful Moto 1 on the Stadium Bukit Jalil car park circuit, winning in a comeback ride after crashing out of the lead early on.

Cornish finished second despite a physical battle which saw the Briton vomiting after the moto.

Habibullah played rear gunner for championship aspirant Zakaria before falling himself, by which time Zakaria had amassed a moto-winning lead.

Vilhelmsen finished second and Cornish sealed the title with a third placing.