Australian F4 heading to Pukekohe in 2018

Australian F4 heading to Pukekohe in 2018 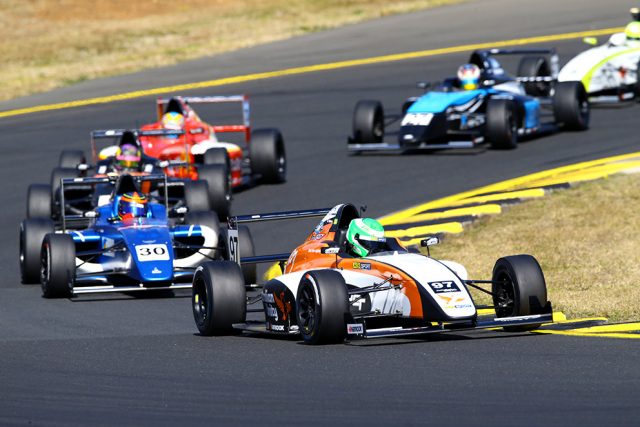 The CAMS Jayco Australian Formula 4 Championship is set to finish in Pukekohe as part of its 2018 calendar, which has now been released.

There will once again be seven rounds held across six distinct race meetings, though those meetings will now be split evenly between the Virgin Australia Supercars Championship and Shannons Nationals.

Winton hosts its first two F4 rounds when the double-header, previously held at Sandown, is run at the Benalla circuit with the Nationals in late-August/early-September.

The penultimate round takes place at the Sydney Motorsport Park Nationals meeting in late-September.

Australian F4 then heads across the Tasman for the first time in support of the Auckland SuperSprint at Pukekohe Park Raceway, the home track of 2017 runner-up Liam Lawson, at the start of November.

“We’re excited to expand the championship into New Zealand. It will be an experience to remember for our young drivers and hopefully we’ll see more New Zealanders take on some of Australia’s best up-and-comers.”