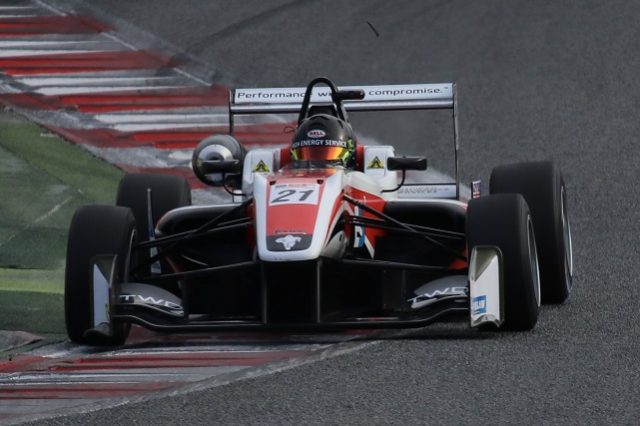 Calan Williams has wrapped up a promising two-day Euroformula Open test at the Circuit de Barcelona-Catalunya.

Williams shared the track with Petru Florescu and Yves Baltas in the Fortec camp, as well as a number of other Formula 3, Formula Renault, and Formula 4 teams.

He clocked up 91 laps on the first day, lapping within a second of Florescu, who completed a full Euroformula season this year between Campos Racing and Fortec.

On Day 2, Williams matched Florescu as the pair lapped in the 1:40.1s bracket in damp conditions during a qualifying simulation, before a consistent race simulation to round out the day.

“We were very pleased with the progress he made over the two days,” remarked Kouros.

“He matched our very fast, competitive driver Petru Florescu, which did surprise the team.”

“To have the opportunity to drive on a circuit that I’ve grown up watching Grands Prix at is just incredible,” said Williams.

“It’s such a different experience over there, the competition is extremely intense and the circuit was a step up from any we have in Australia in terms of facilities and g-forces.”

Williams and his team are still working on a deal to place the West Australian in a seat in Europe next year.