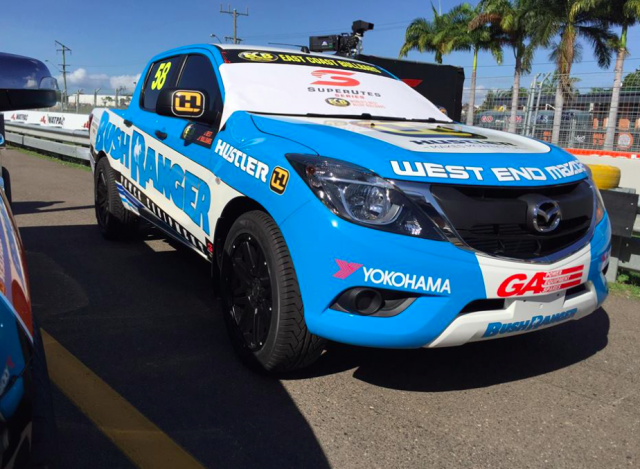 Peters Motorsport has announced that it will field two Mazda BT-50 SuperUtes with youngster Aaron Cameron racing for the team in 2018.

The team was one of the first outfits to declare its intent to race in the ECB SuperUtes Series upon launch of the prototypes at Townsville in July.

Cameron, who filled in for Mason Barbera in one of the squad’s outgoing FG Falcons at Bathurst and Newcastle this year, will join three-time V8 Ute Racing Series winner Ryal Harris as a team-mate. 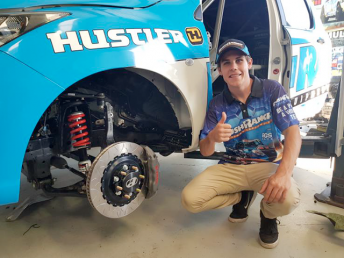 The confirmation establishes that there will be at least two BT-50s on the grid come Round 1 at Adelaide.

“Aaron was introduced to me at Winton this year where he had only his second drive in his Formula Ford this year and took out the round against the big teams with his Dad, Mum, Uncle and mate Steve as his crew,” recalled team manager Brett Peters.

“I watched him the whole weekend, and was impressed with not just his speed but his determination and race craft.

“I then followed his karting season where he drives for James Courtney and regularly beats numerous Supercar drivers in the country’s top kart class.

“Aaron also got the chance to have a one-off drive in the Marc GT car at Queensland Raceway this year, where he won his class and broke the lap record.

“At that point the facts stacked up that Aaron had plenty of potential.”

Cameron will carry the Bushranger colours last campaigned by Harris, who will be supported by a new, as yet unnamed sponsor.

“This opportunity to race for Peters Motorsport and have Bushranger as my major backer for the season is definitely my best yet after racing karts and cars all over the world it’s an awesome opportunity to have,” said Cameron.

The season begins in Adelaide on March 1-4.