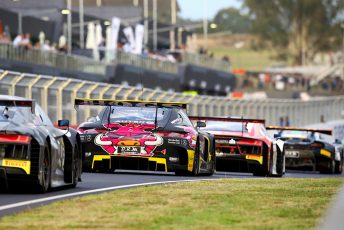 FIA has released the 2018 driver rankings

David Russell and Alex Davison have had their FIA driver rating downgraded in the final rankings for the 2018 season.

Both Russell and Davison had been rated as Gold in the draft list published last month, but successfully challenged their rankings, and are now graded as Silver.

They were among only a handful of changes to the provisional list, which also saw Australian GT competitor Liam Talbot dropped from Silver to Bronze.

Russell will join Steve Owen and Roger Lago in a Lamborghini R-EX at the Bathurst 12 Hour in February.

Driver rankings are determined based on a complicated criteria matrix, which takes into account the driver’s age, experience and achievements at key events.

From 2018 however that process will be simplified, with category managers globally providing the FIA with the ten fastest laps from each driver at every race.

It is expected the new process will overcome anomalies of the existing system where a lower rated driver who achieves success as a co-driver is graded too highly.

The publication of the final driver rankings cannot be changed during the course of the season, though new drivers can submit a request to be graded and added to the list.