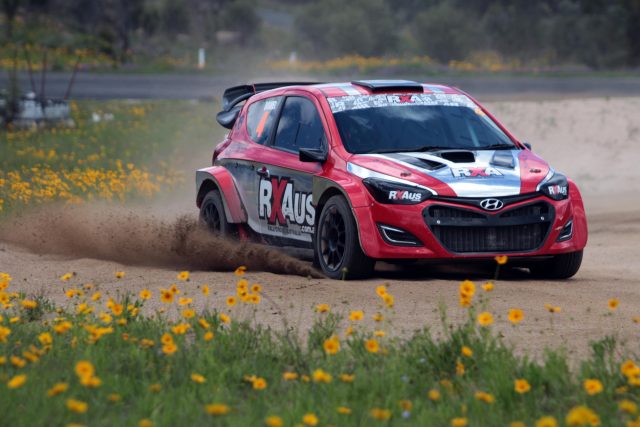 RXAus will expand to seven rounds in 2018

The second season of the RXAus.com.au Australian Rallycross Series in 2018 will expand to seven rounds.

The calendar represents an increase of one round from this year, taking in two new circuits in the form of Raleigh Raceway and The Bend Motorsport Park.

Winton Motor Raceway will host Rounds 1, 4, and 7, in February, July, and November

Marulan Driver Training Centre, near Goulburn, again features twice on the calendar, namely Round 2 in April and Round 5 in August.

Raleigh Raceway, a karting and rallycross circuit near Coffs Harbour, hosts RXAus for the first time with Round 3 in June.

The Bend, which will incorporate a purpose-built rallycross circuit within the facility, is listed as Round 6 in November.

Of the three tracks which featured in 2017, Carnell Raceway in Stanthorpe, Queensland drops off the calendar.

RXAus enjoyed a highly successful inaugural season which championship director and competitor Justin Dowel is looking to build on in 2018.

“Our first year showed how competitive rallycross in Australia is; our second we hope will take it to a new level,” said Dowel.

“There are lots of new cars being built and new drivers putting together their plans to contest the series, so our grids will be bigger and the racing even better.

“Winton embraced RXAus in 2017 and the response we had to the first round there was outstanding, so we’re pleased to be going back three times.

“The track is one of the fastest and most exciting around so we’re expecting more great racing there.

“Garry Wilmington and his team at Marulan have been huge supporters of the series and are continually making their circuit better and better – this year it produced some amazing racing.

“Raleigh have been promoting rallycross competition for a long time and we’re excited to be going there for a round of the RXAus Series in 2018.

“Finally, the chance to compete at The Bend Motorsport Park is a great opportunity for the series. They have made a huge investment in the sport and the facility is going to be incredible.”