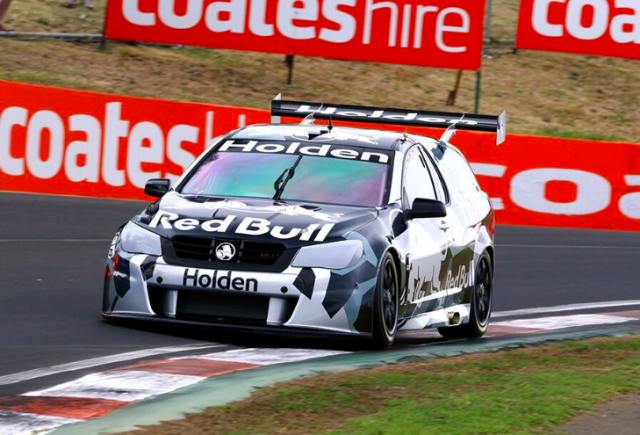 Triple Eight has revealed it is talking to international drivers to fill a co-driver role alongside Matt Campbell, who is tipped to pilot a V6 wildcard at Bathurst next year.

The Brisbane powerhouse squad confirmed yesterday that it plans to field Australian rising star Campbell in a wildcard outing for a twin-turbo V6 powered ZB Commodore ahead of its full Supercars debut in 2019.

Campbell will relinquish his co-driver role alongside Shane van Gisbergen due to growing GT commitments with Porsche next year, with two-time Le Mans 24 Hours winner Earl Bamber taking over from the Queenslander.

Wildcard outings for the V6 were broached earlier this year as the squad continues to develop the new power plant in conjunction with GM Racing in America.

Triple Eight hopes that Bathurst will be one of three wildcard events for the car with Campbell the favourite to pilot the entry.

The squad has confirmed that it is already scouting the globe for possible co-drivers.

“It is envisaged that one of those events will be Bathurst,” Dane told the team’s website.

“The entry is likely to be run independently of the other Triple Eight cars and we are talking to a number of drivers for the Great Race entry – including Matty Campbell who we hope may be available.

“We’re also talking to several other internationally-based people as the other driver.

“Hopefully we can learn a lot, as well as allowing the new engine to give a good account of itself in Australia’s biggest race of the year.”

The newly developed V6 twin-turbo made its debut at Bathurst this year when Greg Murphy cut laps in the team’s Sandman which has been used as a development vehicle for the engine.

The last time Triple Eight ran a wildcard was at Bathurst in 2013 when it ran a Commodore for DTM star Mattias Ekstrom and three-time WTCC champion Andy Priaulx.