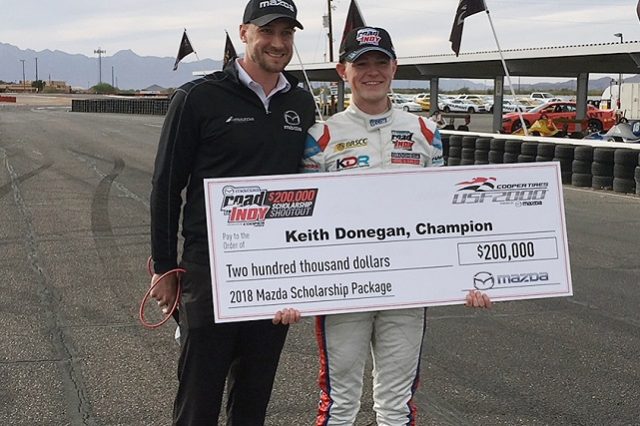 The 20-year-old will receive USD 200,000 towards a season in the USF2000 Championship, the first of four rungs on the MRTI ladder which culminates with the Verizon IndyCar Series.

The 2018 USF2000 Championship begins with the IndyCar Series at St Petersburg on March 9-11.