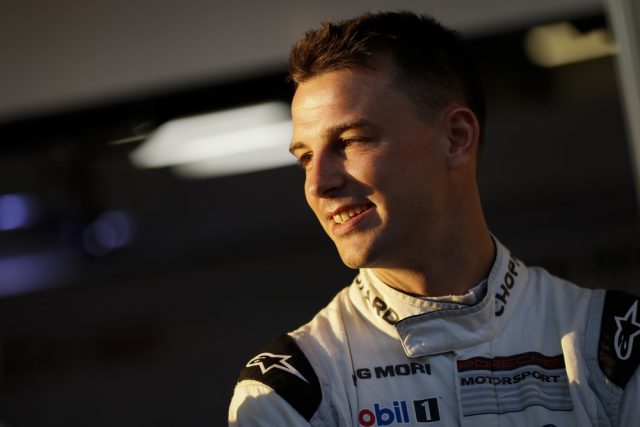 Bamber is set to make his first Supercars starts in the enduros after finding that there were no clashes between his racing program and the enduros.

The Porsche factory driver had driven in the German marque’s LMP1 program, winning both the Le Mans 24 Hours and drivers’ championship this year.

His regular drive in 2018 will be driving a 911 RSR in the IMSA Sportscar Championship, with starts in the Nürburgring 24 Hours and Le Mans 24 Hours in a GT also planned.

Amid that, he will also drive the #97 Red Bull Holden Racing Team Commodore at Sandown, Bathurst, and the Gold Coast, replacing Matt Campbell, who is unable to compete due to other racing commitments with Porsche.

“To be honest, the Bathurst 1000 and going to Australia to do that race as a co-driver has been on my radar for a long time,” said Bamber in an interview on the team’s website.

“Porsche has known I’ve wanted to do it, and 2018 is the first time where we haven’t had a calendar clash for the past three or four years.

The 27-year-old, who attended this year’s Vodafone Gold Coast 600 as part of his search for a co-driver role, says that signing with Triple Eight Race Engineering will give him a genuine opportunity to win The Great Race.

“The goal for me was that if I was coming down to do Supercars, I didn’t want to make up the numbers just to say I’ve done it,” explained Bamber.

“The goal was to be in a car that’s in contention to win, and being at Red Bull HRT, there’s no better team for that.

“You’re in the top seat, you have the biggest chance to win, and that’s a big incentive as well as a responsibility.

“Between Shane and Jamie (Whincup), they have two of the top guys on the grid, so the goal internally is to win the big races, and especially Bathurst. That’s what I wanted.”

Bamber’s testing program is yet to be determined, though he has driven a Supercar once before in a test with Stone Brothers Racing in 2010.

While Bamber is a rookie in Supercars machinery, Van Gisbergen is looking forward to linking up with his close friend Bamber.

“It’s a shame Matty’s calendar doesn’t link up with our Supercars season but getting Earl on board is something I’m really confident in,” said van Gisbergen.

Triple Eight boss has praised Campbell for his efforts with the team last year and has revealed that the Porsche rising star could rejoin the squad for a wildcard outing in a twin turbo V6 powered Commodore.

“Matt Campbell did a tremendous job with us throughout our 2017 endurance season and we understand that his commitments with Porsche come first at this stage,” said Dane.

“In the meantime, we’re working with him to hopefully include him in the driver line-up for the planned wildcard V6TT entry at Bathurst in 2018.

“Earl has an outstanding international racing portfolio and has plenty of enthusiasm to get behind the wheel with Shane and the team.”

Meanwhile, the team has confirmed that Paul Dumbrell will once again partner seven-time champion Jamie Whincup for the enduros.

It is expected that Steven Richards will continue alongside Craig Lowndes in Triple Eight’s third Autobarn Lowndes Racing entry.