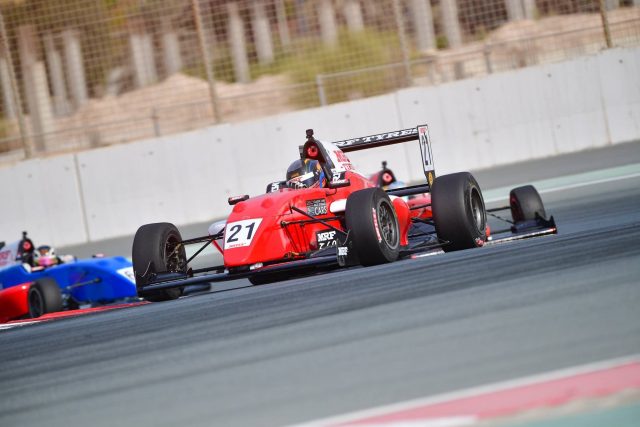 Harri Jones has led the three-strong Australian contingent in Round 2 of the MRF Challenge in Dubai.

Jones started and finished seventh in Race 1, before finishes of sixth in Race 2 and eighth in Race 3.

He was classified fourth in Race 4, starting seventh and gaining two positions by the first corner before inheriting another when Alex Karkosik was disqualified for not taking a drive-through penalty.

Dylan Young picked up a point in Race 1 when he climbed from 15th on the grid to finish 10th in the 10-lap encounter.

Round 3 takes place this Thursday and Friday (December 14-15) at Yas Marina Circuit. 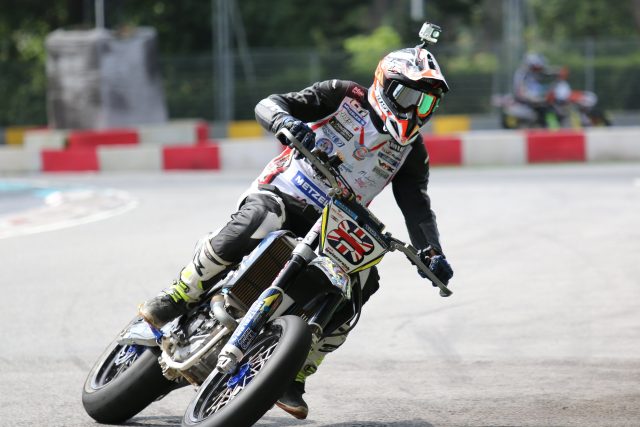 Lewis Cornish won Round 4 of the FIM Asia SuperMoto Championship by winning the only moto to be run at the KF1 Karting Circuit in Singapore.

Cornish qualified fastest for Moto 1 and got the holeshot on the tight circuit.

The Briton ended up winning the 28-lap encounter by over 12 seconds after Dane Simon Vilhelmsen, who ran second early on, developed a brake problem and had to retire.

Malaysian Muhd Habibullah finished second on his return after suffering a punctured lung in a motocross event, having prevailed in an early battled with Yasushi Matsumoto, Trakarn Thangthong, and Khairi Zakaria.

Moto 2 was cancelled due to lightning and heavy rain, meaning that Moto 1 results became the round results.

Cornish continues to lead the championship ahead of the final round this coming weekend in Kuala Lumpur.