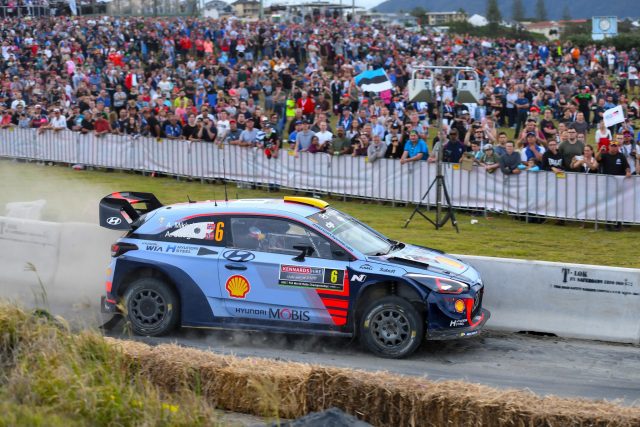 Rally Australia organisers will review spectator attractions with a view to growing attendances to meet WRC’s demands at next year’s event.

The 2017 World Rally Championship finale yet again achieved a record crowd on the Coffs Coast with 63,415 people in attendance, including at the picturesque Super Special Stage near Coffs Harbour Jetty.

Event Chairman Ben Rainsford, however, said that organisers would consider new competition stages and improvements to spectator amenities with a view to boosting that number further.

While the event has grown attendances each year since moving to the Coffs Coast in 2011, it has come under pressure from teams and the WRC promoter due to its remoteness from a major population base from which to draw crowds.

Coffs Harbour is nearly 400km by road from Brisbane and approximately 500km from Sydney, where the WRC’s end-of-season gala was held on the night following this year’s November 16-19 event.

“We’ve had plenty of positive feedback in the couple of weeks since our latest event about highlights such as the Destination NSW Super Special Stage and the extra service park attractions,” said Rainsford.

“There were many other elements of Kennards Hire Rally Australia that also helped make it one of the best events in the 2017 World Rally Championship, but with other countries always bidding to be among the 13 on the calendar we can never stop innovating.

“Although it’s early days while we conduct a wide-ranging debriefing, I can say confidently that next year’s rally will deliver spectators and competitors some significant enhancements.

The event’s future on the WRC calendar beyond 2018 is yet to be secured having only agreed a new one-year extension.

“The record total visitor numbers and an estimated 16,000 fans through the service park this year were great achievements and we’ve calculated the per capita attendance rate in a wide catchment area was many times that of one of the WRC’s traditionally most popular rounds,” he said.

“However, we acknowledge that elements of the WRC have said they want to see even more fans in Coffs and so we’ll address that challenge for 2018 and beyond.”