Australian Formula 3 to also race at The Bend

Australian Formula 3 to also race at The Bend 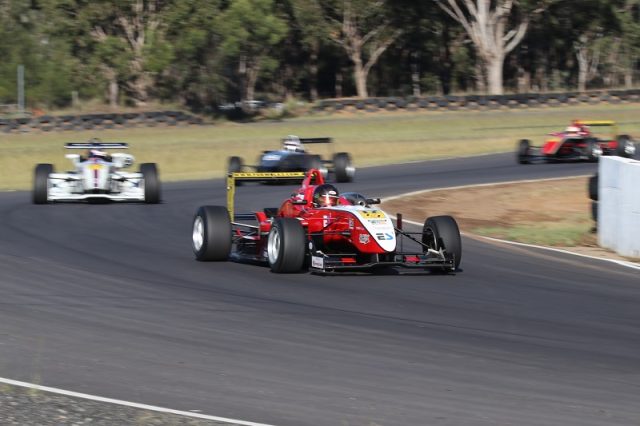 The Bend Motorsport Park will close out the 2018 Australian Formula 3 Premier Series, for which the calendar has now been released.

Australian F3 will once again take in six rounds across the eastern states plus South Australia, though the sequence of rounds and some tracks have changed.

The series begins with the first Australian Motor Racing Series round at Winton in March.

Rounds 2 and 3 take place in the Sunshine State, at Queensland Raceway in April and Morgan Park in June.

The following two rounds will be held at New South Wales’ two permanent circuits, namely Sydney Motorsport Park in late-June/early-July and Wakefield Park for the City of Goulburn Trophy in September.

The Bend Motorsport Park hosts the final round in mid-October.

Winton and The Bend effectively replace Phillip Island and Mallala, which featured on the 2017 calendar.

Shannons Nationals and Australian Superbikes have also recently confirmed rounds at The Bend next year, in addition to Supercars’ first visit in August, and Category Manager Ian Richards was pleased to join them.

“We are excited to be heading to The Bend for the season finale,” said Richards.

“The track looks to be perfectly suited to Formula 3.”

F3 has been buoyed of late by a 19-car field for its 2017 finale in October, as well as the exploits of the category’s alumni.

Former competitor Todd Hazelwood will step up to the Virgin Australia Supercars Championship next year of the back of winning the Dunlop Super2 Series.

Meanwhile, this year’s F3 series winner Calan Williams has landed a Euroformula Open test as he seeks to race overseas next year, and Harri Jones is currently competing in the Indian- and Middle East-based MRF Challenge.

“Formula 3 continues to be an essential component of the pathway for talented young drivers whether their aspirations be directed to professional motorsport nationally or internationally,” added Richards.

“We already have a larger number of young drivers expressing interest in Australian Formula 3 for 2018.”

The Australian Formula 3 Premier Series will continue to be coordinated under Formula 3 Management.