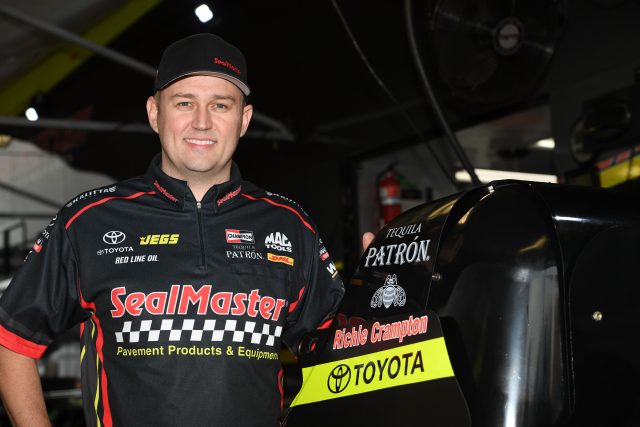 The ride represents a return to full-time drag racing for Crampton, who lost his seat at Morgan Lucas Racing when the team shut down at the end of 2016. 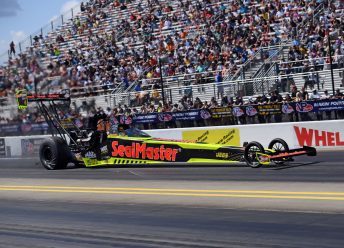 Having originally joined Lucas’ operation as a mechanic, Crampton stayed on with the team through 2017 building race cars for other customers, before receiving a call-up to race for Kalitta from the US Nationals in September.

That fill-in role in place of rookie Troy Coughlin Jr. has now been made permanent.

“It is an absolute honour to get the opportunity to race for Connie Kalitta (team owner) in 2018,” said Crampton.

“I cannot thank Connie, Jim O (Oberhofer, team Vice President of Operations) and the entire Kalitta organisation for giving me a shot this year and helping to turn this into a full season in 2018.

“This is something I had always wanted, but never thought was possible. It is pretty amazing to be a driver for Connie Kalitta and I am forever grateful.” 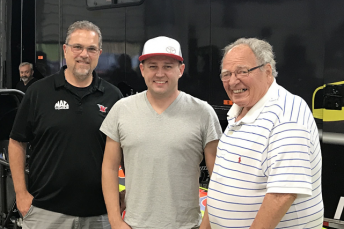 Crampton already has seven wins to his name in less than 80 career starts in NHRA Top Fuel competition, including his history-making win in the 2014 US Nationals, the biggest drag racing even in America.

In his second start for Kalitta, he reached the final in Charlotte, losing the final to Doug Kalitta.

“We are really excited to have Richie full-time as part of Team Kalitta,” said Oberhofer.

“I know Connie is very excited to have Richie drive his car next season.

“He did a great job coming into a tough situation this year and he jumped right in.

“We are hoping that trend continues with this full-time opportunity.

“We cannot wait to see what the 2018 season will hold for this team.”

Crampton will again have Doug Kalitta as a team-mate in Top Fuel, while the team will also run Toyota Camry Funny Cars for JR Todd and Shawn Langdon.

The 24-event season kicks off with the Lucas Oil NHRA Winternationals at Pomona on February 8-11.