Halo optional in Australian F4 from 2019

Halo optional in Australian F4 from 2019 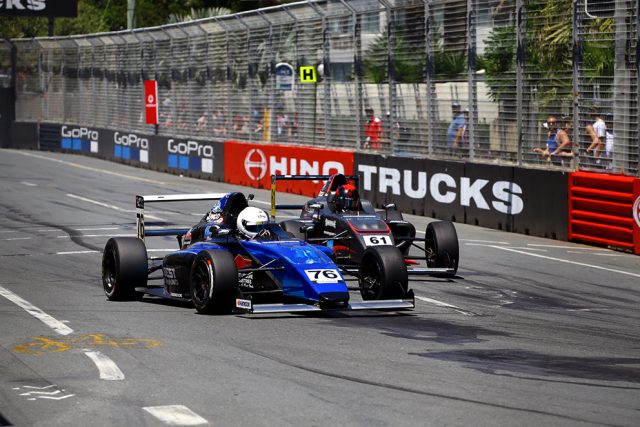 Formula 4 cars in Australia could feature the halo from 2019

The halo safety device will become optional in the CAMS Jayco Australian Formula 4 Championship from 2019 following a meeting of the FIA Single-Seater Commission overnight.

As part of the final FIA World Motor Sport Council meeting of the year, the Single-Seater Commission came to a decision to make the halo optional in existing championships, such as Australia’s, from 2019.

New championships would be required to run with the halo on the existing first-generation Formula 4 cars.

In addition, the FIA opted to extend the life of first-generation cars until the end of 2023, meaning that it is likely that the halo would only become mandatory in Australia following that season.

In the meantime, a halo update kit including a survival cell will be available for competitors who wish to install the device on their cars.

“With the arrival of the Halo into Formula 1 and Formula 2 in 2018, the (Single-Seater) Commission also confirmed Formula 4’s next-generation car will feature the device,” read a statement from CAMS.

“It is anticipated this car will be commissioned for use from the 2024 CAMS Australian Formula 4 Championship.

“A Halo update kit, which includes a new survival cell, will be made available from 2019 upon request from that region’s Championship. This update kit will be optional for the Australian Championship.

“Current cars will not require the addition of a Halo, as it must be structurally part of the survival cell and cannot be bolted on after construction.

“However if a new chassis is purchased from the manufacturer (Mygale) from 2019 onward, it will feature the Halo update kit. The cost of the new car will remain the same.”

CAMS CEO Eugene Arocca said that the decision to extend the lifespan of the current cars was a boost to competitors.

“The ability to campaign a car for a further six years, as opposed to perhaps two, was an important point for many of our entrants,” Arocca said.

“We value the current level of safety aboard our Australian Formula 4 cars and they’ve proven in multiple instances that they more than adequately protect our drivers, as well as being a modern, competitive race vehicle.

“The introduction of a Halo has been a very recent development, long after our purchase in 2015, and something we will discuss in the coming years.

“We now have a timeframe to work alongside our Formula 4 stakeholders to prepare for this next-generation car for 2024.”

The news comes after the first year in which competitors were allowed to purchase Formula 4 cars outright, rather than lease from CAMS.

Patrizicorse is the first team to have bought its own cars as it seeks to create its own ladder out of its existing karting operation.

According to CAMS, three cars have been purchased since the opportunity became available.