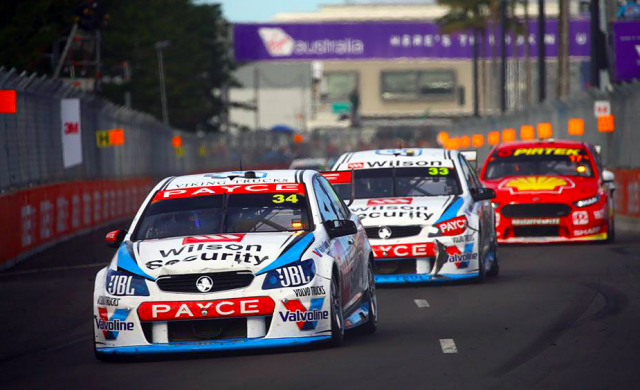 Garry Rogers Motorsport has extended its naming rights partnership with the Wilson Group ahead of the 2018 Virgin Australia Supercars Championship.

The security, parking, storage and health conglomerate joined the Melbourne squad as a naming rights partner in 2015, featuring on the squad’s Volvo S60s before the team moved back to Holden this year, following Volvo’s exit from the sport.

Wilson Security has been a big supporter of motorsport having held naming rights sponsorship of the Sandown 500 and has recently signed a deal to be title sponsor of Porsche Carrera Cup Australia.

“I have been fortunate that throughout my 54 years in motorsport that I have had companies and people who have trusted me to give them value for their investment, and for the Wilson Group led by Wilson Security to continue their naming rights partnership with my team for a fourth consecutive season in 2018 is tremendous,” said team owner Garry Rogers.

“The Wilson brand and logo have become synonymous with Supercars and we are very proud to represent the brand.

“Loyalty is often a characteristic that is lost in modern sport and particularly the competitive nature of sponsorships.

“I cannot express how proud and thankful I am that through some very difficult times and uncertainty that Wilson Security have backed me and stuck with GRM.”

The operation will upgrade to the new ZB Commodore next season for drivers Garth Tander and new recruit James Golding.