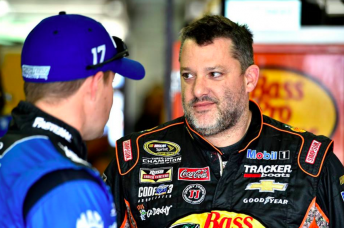 The three-round series is bookended by meetings at Western Springs Speedway in Auckland on Saturday December 9 and 16, with Round 2 at Robertson Holden International Speedway in Palmerson North on Tuesday December 12.

The trip to New Zealand is a long time coming for Stewart, who was invited to compete at Western Springs two decades ago but had to pass up the opportunity due to NASCAR and IndyCar commitments.

“In 1995 when we won the USAC triple crown we got booked to go to Australia,” Stewart told The New Zealand Herald.

“The promoter at Western Springs was Willie Kay and he tried to get me to come over for the 1996-97 season but just timing-wise it didn’t work out.

“After 1995 I got my first NASCAR ride and the same with an IndyCar drive so there was no way I was going to have the time to come back over.

“It has been a long time coming to get over here but we are pretty excited about the chance to come out.”

The 46-year-old will race one of his own 410 cubic inch winger cars which has been shipped to New Zealand for the series.

He made his return to sprintcars this year after nearly three years out of the discipline following a fatal accident in August 2014.