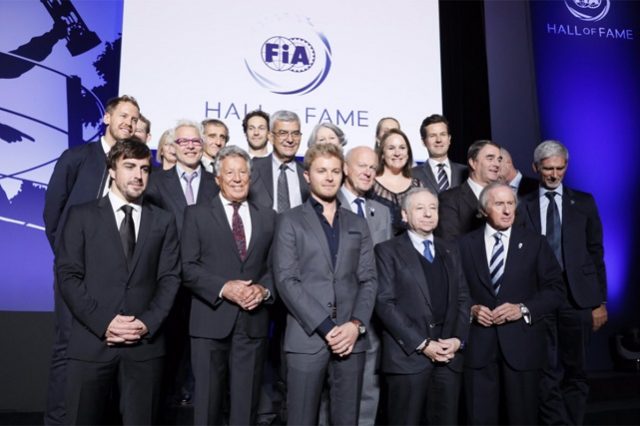 The launch of the FIA Hall of Fame in Paris

The FIA’s new Hall of Fame has been launched in style with nine Formula 1 world champions attending a function in Paris.

The FIA flagged its intent to establish a Hall of Fame earlier this year, in order to honour F1’s 33 world champions, including Australians Sir Jack Brabham and Alan Jones.

The hall is located in the Automobile Club de France in Paris, but there are also plans to open another at the FIA’s Geneva headquarters to recognise other global championships.

Four-time champion Vettel said, “It’s been incredible to see all these names, all these faces.

“Obviously a lot of them I only know from what I have read, what I have seen, but I think it’s a great idea.

“There’s so much history in the sport, it’s still so alive, and thanks to events like tonight’s, we’ll keep it like that.”

One of the most emotional moments was when Michael Schumacher’s manager Sabine Kehm took the honour of accepting the seven-time champion’s induction into the Hall of Fame.

“We all know Michael should be here and I am totally sure he would love to be here,” she said.

“He always had the highest respect for everyone in this room and he would be very honoured.

“What made Michael so special, what made him so successful was, as with everybody in this room, a love and passion for this sport.”