Moffat not giving up on full-time Supercars return

Moffat not giving up on full-time Supercars return 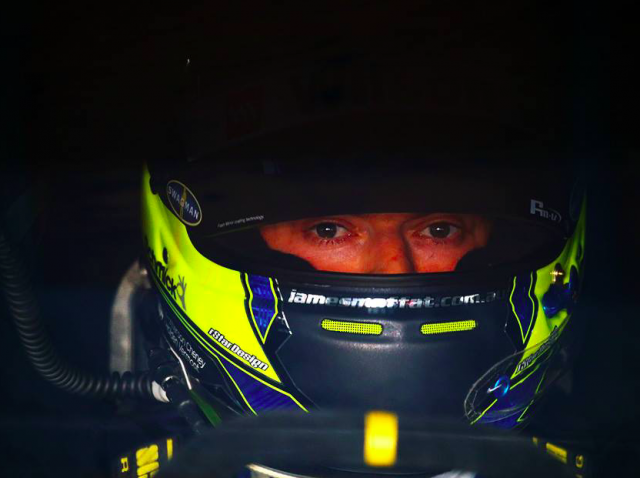 James Moffat has not given up on making a full-time Supercars return in 2019 but admits breaking back into the series will be difficult.

The 33-year-old will be absent from the Supercars grid at next year’s Adelaide 500 season opener after losing his drive at Garry Rogers Motorsport to rising star James Golding.

GRM’s decision to promote Golding to the seat has ultimately ended a seven season run as a full-time driver in the category, which began in 2011 with Dick Johnson Racing, and has included stints at Nissan Motorsport, before joining GRM last year.

Moffat’s departure from the championship has arrived among a changing of the guard for the series with a wave of young drivers including Golding, Todd Hazelwood and Anton de Pasquale receiving the nod to join the main game ranks.

While the Coates Hire Newcastle 500 was his last full-time Supercars event for the immediate future, the outgoing GRM driver believes his main game career is far from over.

“The team has obviously decided to go in a different direction, whether I agree with that or not doesn’t really change anything,” Moffat told Speedcafe.com.

“You have just got to accept it and move on.

“I still personally feel that I have got more to offer as a full-time driver, but I have found myself in a situation where I haven’t been able to secure myself a seat for next year.

“If the right opportunity presented itself to get back in for 2019 then I would have to seriously look at it.

“If I felt like I wasn’t still capable of competing in that field then perhaps it might be a little bit different. I don’t feel like I’m uncompetitive and on the back row of the grid every weekend.

“I do recognise the fact that once you are out it is incredibly difficult to get back in and that will just be something I have to deal with over time.

“I feel like I have been forced out of the championship rightly or wrongly there certainly wasn’t any question in my mind to retire or anything like that.

“I still like racing cars and my intention is to be around in the enduro cup and maybe another racing category throughout the year.”

Moffat is likely to be high on the lists for squads come next year’s Pirtek Enduro Cup given his experience in the category.

The Melbourne driver says he has already held talks with teams about the enduros next season, but is yet to firm up any plans.

“I’ve definitely had some dialogue with teams in pit lane,” he added.

“Obviously the way the championship has progressed, and the importance of the Pirtek Enduro Cup, a lot of teams are thinking about co-drivers at the beginning of the season if not before that.

“I will end up somewhere but where that is at the moment I am not sure.”

As for next season, Moffat is eager to land himself a full-time drive in another category with Porsche Carrera Cup among the series he would consider, if budget can be sought.

“I would probably be looking at something else,” he said, when asked if he would be keen to contest the Dunlop Super2 Series.

“Supercars is fantastic and I have spent the last nine years driving them.

“I think I would be interested in looking at some other categories. I will still get my Supercars fix in the enduros.”