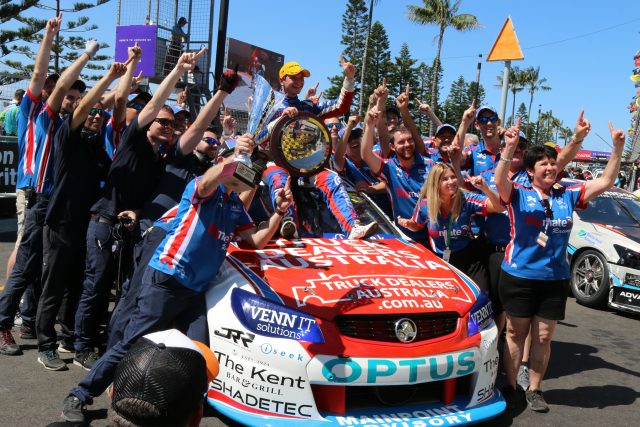 Matt Stone Racing has confirmed its arrangement with Jason Bright only extends to a lease of a Racing Entitlements Contract as the squad prepares to step up to Supercars next year.

The Queensland team has reached an agreement to lease a REC owned by Supercars veteran Bright, who will step down from full-time driving commitments next year.

Team boss Matt Stone has revealed Bright’s involvement with the team is purely as a REC holder, confirming there is no deal in place to see the  partner Hazelwood in the Pirtek Enduro Cup next year.

The operation has bold plans for the future and hopes to one day become a REC owner.

“It is a lease and it is our intention to be REC owners one day but given the situation and the circumstances it wasn’t to to be at the moment,” Stone told Speedcafe.com.

“The current situation is good as Jason Bright has a long history in the sport and a history with the Stone name so it is good that he can be involved and onboard with our program.

“At this stage he (Jason) is just a REC holder. There is certainly no co-driver tie-up at this stage.

“As far as the co-driver situation goes we don’t have any tie-up with anyone. We are certainly open.”

Matt Stone Racing will also see the iconic Stone family name return to the Supercars paddock for the first time since Stone Brothers Racing’s departure at the end of 2012.

The team run by Matt Stone, the son of former SBR co-owner Jimmy Stone, admits next year’s Adelaide 500 season opener will be a special moment for the team.

“It is very good to be back in the family sense,” added Stone.

“It is good that we have been able to do it with Ford and with the Hazelwoods as they are very family driven.

“Between our family and theirs it has made the team a very good atmosphere.

“We have had a our plan and our structure and everything we need to do when we got the go ahead.

“It is all very exciting and everyone is flat out getting our preparations done so that we are ready for the start of the season.”