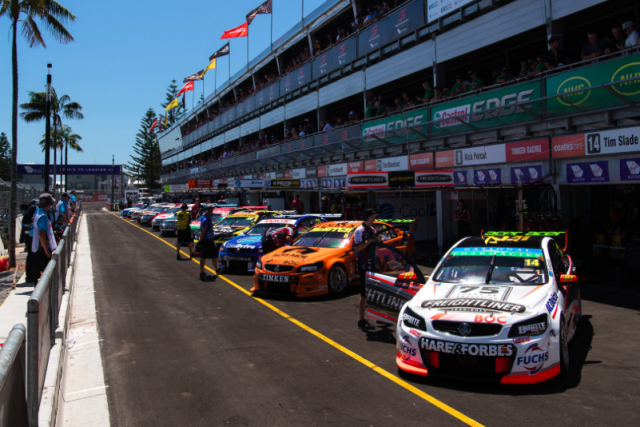 Brad Jones Racing will be powered by KRE Race Engines for the 2018 Virgin Australia Supercars Championship and beyond.

The Albury team has announced plans to end its eight-year relationship with supplier Noonan Race Engineering in favour of the Brisbane-based KRE, which supplies engines to Triple Eight, Tekno Autosports and Preston Hire Racing.

The engine provider change will extend to its Dunlop Super2 Series and Kumho V8 Touring Cars programs, and arrives in conjunction with the outfit’s plans to upgrade to the new ZB Commodore for 2018.

“There are plenty of changes happening for BJR in 2018, we’ll be rolling out the new ZB Commodore and are pretty excited to have KRE supplying the power plants for them,” said team owner Brad Jones.

“Kenny (McNamara) and the team have a highly-regarded reputation for their engines and we’re excited to have KRE Race Engines powering us into the new season.

“We’re ready to close the door on what has been a really difficult 2017, and with a few new things coming in 2018, we’re looking forward to getting the new season underway and getting back to where we should be as a team.

“Some of our engineers visited the KRE Workshop recently and were very impressed by the facilities there. It was great for them to meet the team and see the work they were doing first hand.

“Noonan Race Engines have played a great role in our team over the last eight years.

“As they grow further in the US market and continue their strong success in the Drag Racing industry we’d like to thank Jamie, Renee, Dave and the team for their tremendous support over the years.”

KRE Race Engines’ Ken McNamara is looking forward to adding BJR to his list of customers for next season.

“It’s great to have the Jones brothers on board with KRE Race Engines for 2018. It’s another Holden team which we are thrilled to add to our successful customer base,” said McNamara.

“We look forward to helping the crew at BJR develop the ZB Commodore package for 2018 alongside our other teams.

“I believe the Holden teams will be a strong collective group heading into the new Supercar season. We’re excited to see what KRE and BJR can achieve together in the new year.”