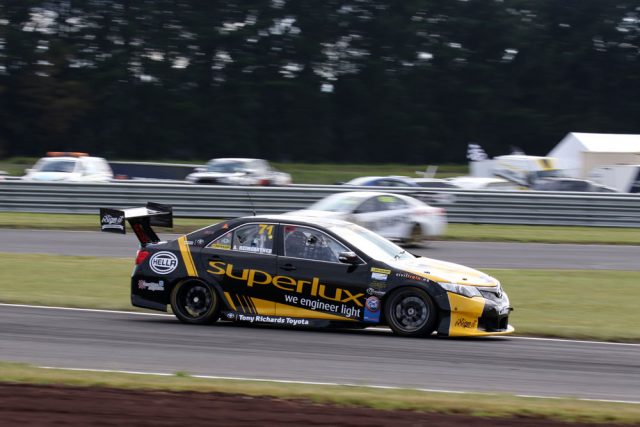 Andre Heimgartner has claimed victory in the opening BNT V8 race of the weekend at Taupo in New Zealand.

The Kiwi driver started from pole before racing to a 2.8s win over Jason Bargwanna, with Brad Jones Racing Super2 driver Jack Smith rounding out the podium.

Smith had started alongside Heimgartner on the front row but fell behind Bargwanna at the opening corner, trailing the former Bathurst 1000 winner home by 5.7s at the end of the 12-lap encounter.

A four-car leading pack headed proceedings in the opening stages, with Heimgartner ahead of team-mate Bargwanna, Smith and Nick Ross.

The four-car pack was quickly divided in half, with the lead battle pulling clear of the squabble for third between Smith and Ross.

It remained that way to the flag, with Heimgartner clear of Bargwanna and Smith holding on ahead of Ross by just over 2 seconds.

Chelsea Herbert was the leading Class 2 competitor home in eighth overall, almost a full lap behind Heimgartner but 2.3s ahead of second in class Matthew Podjursky.

Herbert elbowed her way through on Liam MacDonald, who had claimed the class pole, to claim her maiden New Zealand Touring Cars win.

Two further races follow tomorrow to complete Round 2 of the BNT V8s season.