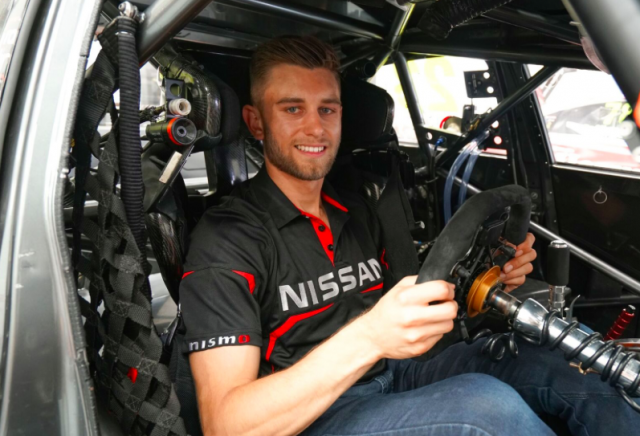 Nissan Motorsport has confirmed Andre Heimgartner as its replacement for the retiring Todd Kelly ahead of the 2018 Virgin Australia Supercars Championship.

The 22-year-old emerged as the favourite to secure the drive last week following Kelly’s decision to end his full-time racing career.

The talented New Zealander made his full-time Supercars debut in 2015 with Super Black Racing before joining Lucas Dumbrell Motorsport last year, where he finished 25th in the standings.

Heimgartner missed out on a full-time drive this season but has thrust himself back on the scene after an impressive Pirtek Enduro Cup campaign at Brad Jones Racing, in addition to finishing as runner-up in Porsche Carrera Cup Australia.

The Kiwi delivered star performances at Bathurst and the Gold Coast having been drafted in as a replacement for the injured Ash Walsh, alongside Tim Slade, in the#14 BJR Commodore.

“The team and the facility are world class. Rick and Michael both have heaps of experience in Supercars, plus Simona has raced IndyCar and Formula E, so I hope to learn a lot.

“Nissan is a major global brand racing across the world, so it’s exciting to be aligned with them into the future.

“It’s a shame there’s still a few months until we’re racing again. I want to jump in the car and get going.”

“We’re really excited to have Andre as part of the team,” said Kelly.

“Andre is a really promising talent and has experience in the main game. Our line-up for next season is now pretty diverse but also extremely capable.

“What Andre was able to achieve in the Pirtek Enduro Cup made the entire paddock stand up and take notice.

“I am comfortable in retiring from racing knowing that we have such a promising young talent driving with us.

“I look forward to being able to watch him develop throughout the year.”

It appears Jack Le Brocq, who had previously been linked to the drive at the Kelly run team, is now favourite to join Tekno Autosports.