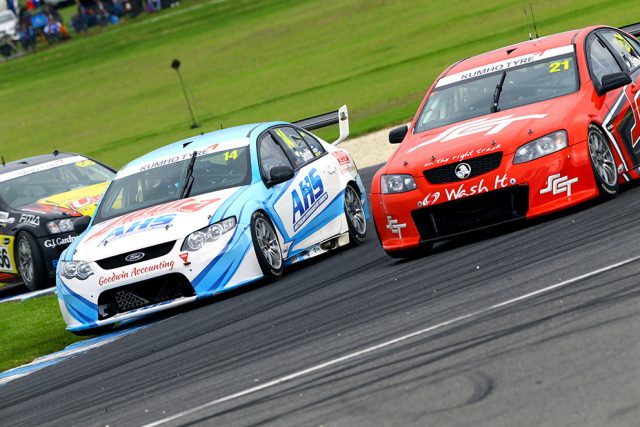 The Kumho Tyre V8 Touring Car Series will feature on the Supercars support card more times than ever before as part of its 2018 calendar.

V8 Touring Cars will continue to run to a five-round calendar, but four of those will now be with the Virgin Australia Supercars Championship, up one from this year.

The other round will be a third straight appearance at Muscle Car Masters, meaning that there will be no rounds held with Shannons Nationals for the first time in the series’ 11th season.

As was the case in 2017, V8 Touring Cars starts its season with Supercars at Phillip Island and then Winton.

With Muscle Car Masters moving to a June date, Sydney Motorsport Park slots in as Round 3, before the series supports Supercars at Queensland Raceway again.

The final round will be held at The Bend Motorsport Park’s first Supercars event in late-August, making for an earlier finish than previous seasons.

The increased presence with Supercars comes shortly after news that V8 Touring Cars competitors will have the opportunity to earn more Superlicence points in the series.

“We are very proud to build our relationship with Supercars further and that they see the category as being a valuable part of their support program,” said Category Manager Liam Curkpatrick.

“The close, competitive racing at the front of the field between young-guns looking to make their mark on Supercars racing, coupled with the heritage aspect of the series make it a great product and we’re thankful to Supercars for their support.

“The 2018 calendar is compact and while the three-week turnaround between Winton and Sydney is relatively tight, the remainder of the rounds are well spaced to give our teams ample time to prepare.

“Regular racing over a five-month period will give our teams great exposure as the series quickly builds throughout the year.

“Finally, the chance to race at The Bend in their first Supercars round was too good an opportunity for the series to miss; we’re very excited to be part of a history-making weekend.”

Kumho Tyre Australia has been confirmed as the control tyre supplier again for 2018.