Hazelwood graduates to Supercars with MSR

Hazelwood graduates to Supercars with MSR 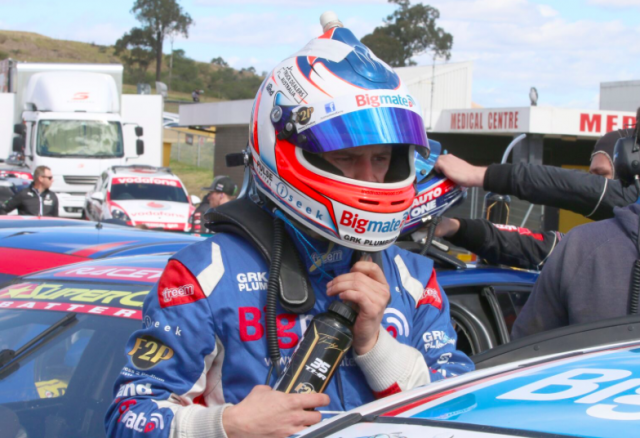 The South Australian will pilot an ex-DJR Team Penske Ford Falcon purchased by the Queensland team which will move into the main game for the first time, after securing a Racing Entitlements Contract from the retiring Jason Bright.

A step up to the main game arrives after a breakthrough season for Hazelwood, which culminated in winning a maiden national series title at Newcastle with Matt Stone Racing.

This year the 22-year-old made his Supercars debut after a wildcard run with MSR at Queensland Raceway, before earning a Pirtek Enduro Cup drive with Brad Jones Racing alongside Tim Blanchard.

Hazelwood, who will once again link up with engineer Wes McDougall, believes he is ready to make the step up to the main game next season.

“I am very proud to be joining the other 25 drivers in the 2018 Supercars Championship,” said Hazelwood.

“After such an incredible 2017 season, there is no better time to make this transition and start an exciting new chapter of my career.

“I am more than ready for this and I’m so fortunate that we have been able to achieve this deal.

“I am so grateful to have such incredible people in my corner like Matt, Jason and James and cannot wait to see what we will achieve in 2018.”

Matt Stone Racing’s graduation will see the Stone family name back in Supercars’ main game for the first time since Stone Brothers Racing’s final year in 2012.

The team will also form a partnership with the Shell V-Power Racing Team.

“The success we achieved with Todd and the team in 2017 demonstrates we are more than ready to make this exciting transition.

“The Matt Stone Racing team have tasted success in each category we have competed in and it is very special to see our team on the main series grid next year.

“We are prepared and have the key ingredients to be successful when we arrive in Adelaide in 2018.”

Hazelwood’s confirmation further completes the grid for next season with Prodrive, Tekno Autosports, Nissan Motorsport and 23Red Racing yet to officially confirm their driver line-ups.

Super2 driver Jack Le Brocq is expected to replace 23Red Racing bound Will Davison at Tekno, while Andre Heimgartner is likely to take over from the retiring Todd Kelly at Nissan Motorsport.

Richie Stanaway is set to drive the fourth entry at Prodrive following the purchase of a REC from Lucas Dumbrell Motorsport.