Aus Prototype Series to kick off 2018 at The Bend

Aus Prototype Series to kick off 2018 at The Bend 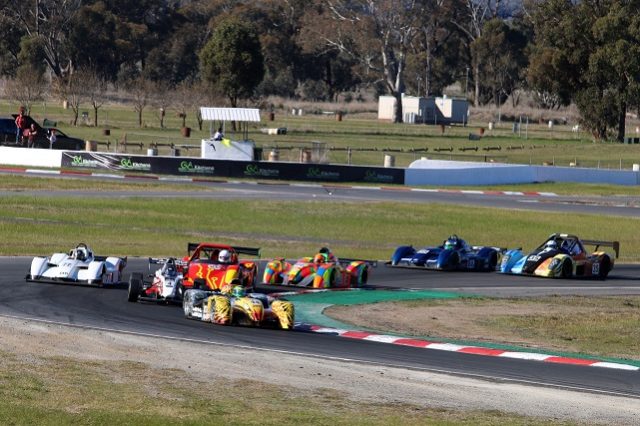 The Australian Prototype Series has announced its 2018 calendar

The Australian Prototype Series will commence its five-round 2018 series at The Bend’s Shannons Nationals round.

APS will be among the first national categories to run on the country’s newest permanent circuit on April 13-15, its first of four rounds on the Shannons Nationals calendar.

It will also take in Sandown on May 11-13, Queensland Raceway on July 27-29, and Sydney Motorsport Park on September 21-23, with Shannons Nationals.

The fifth and final round will be run as a support to the Australian Production Cars’ Phillip Island Six Hour, a meeting which APC is running itself, on November 2-4.

“The 2018 calendar is exciting and is well suited to both the types of cars seen in the Australian Prototype Series, and the drivers that drive them,” said Category Manager Liam Curkpatrick.

“We’re pleased with the mixture of returning great drivers’ circuits like Phillip Island and Sydney Motorsport Park, while the addition of Tailem Bend will make for an incredible place to launch the championship.

“The circuit is fast, flowing and spectacular and will suit the series perfectly. It will be an ideal place to launch and could see Prototype Series cars set early benchmarks for the lap record.”

A number of CN-specification ‘International’ prototypes will join the field in 2018, while there is also expected to be an increase in live streaming as part of the yet to be finalised media package.