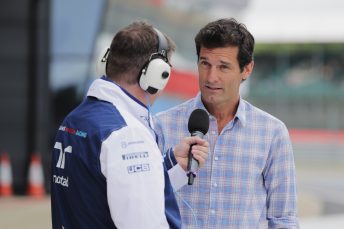 Mark Webber will join the board of the Australian Grand Prix Corporation, the organisation has confirmed.

The retired Formula 1 and 2015 FIA World Endurance Championship winner is one of two new appointments to the AGPC board.

Webber announced his retirement from motorsport at the end of the last season having contested 215 F1 races spanning 12 seasons.

The 41-year-old has remained as a ambassador for Porsche while working as a pundit for Channel Four’s F1 broadcasts in England.

Webber was announced alongside Kimberley Brown, a leading light in the sports, tourism and events sector, following the retirement of board member Alan Oxley.

“Alan has made a remarkable contribution, playing an integral role in the success we have achieved,” said Australian Grand Prix Corporation Chairman, John Harnden AM.

“We are sincerely grateful to Alan for his dedication and unwavering support.

“Both Mark Webber AO and Kimberley Brown are outstanding individuals and will bring fresh perspectives to the Board.”

Webber and Brown join a strong, diverse board, all of whom work in an honorary capacity across the Formula 1 Australian Grand Prix and the Australian Motorcycle Grand Prix.