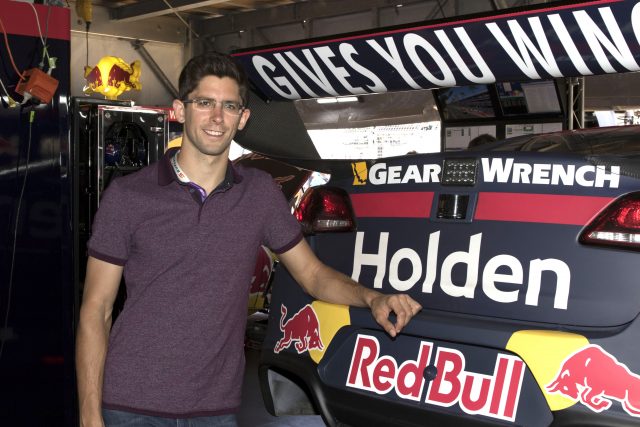 American sportscar star Jordan Taylor is hoping an opportunity to meet Supercars teams at the Coates Hire Newcastle 500 will lead to endurance drives in Australia next year.

The reigning IMSA WeatherTech SportsCar Championship winner has his sights set on expanding his horizons by racing in next year’s Liqui Moly Bathurst 12 Hour and the Pirtek Enduro Cup in 2018.

Taylor has long admired and followed Supercars in his native America prior to last weekend’s maiden visit to a championship event.

A guest of Holden, the 26-year-old was blown away by the championship as he met Holden teams with the goal of putting his name into the enduro driver market.

Taylor boasts an impressive CV featuring this year’s IMSA title, including a victory at the prestigious Daytona 24 Hours, driving a Cadillac prototype alongside brother Ricky Taylor.

He is set to continue in the IMSA series next year which fortunately doesn’t clash with Supercars’ Pirtek Enduro Cup races.

“I came in with high expectations and I think it surpassed all of them. To finally be there in person and see how everyone operates was cool,” Taylor told Speedcafe.com.

“It’s sort of tough to read the teams and where their heads are.

“I know that being an outsider, I don’t have Supercars experience or experience of Bathurst and the tracks here, they know that, I know that.

“But I think I’ve got a good history and record in endurance racing, so I think I fit well in a co-driver role where I’ve got that experience in Sportscar racing. So if there was an opportunity I’d love to try it.

“I’ve talked with some teams in the past about a rookie test, it’s just tough to line up schedules.

“We’ve had discussions for a test but nothing’s come through.

“Hopefully now being here this weekend shows them that I am serious about doing this, and hopefully they can see that as a good sign.”

Taylor has also been successful in GT racing having won the class at the Le Mans 24 Hours with Corvette in 2015 before going on to win this year’s Pirelli World Challenge title for Cadillac.

He hopes the success will attract attention from teams looking to compete at the Bathurst 12 Hour from February 2-4, which would further boost his Supercars dream.

“I tried to do it last year. I emailed six or seven teams and no-one got back to me,” he added.

“I’m still working hopefully to do it next year as well.

“I think if I do Bathurst 12 Hour at least gives me some track time at Bathurst so for a Supercars team they can’t really just rely on that part but I think that’d be a great first step to come racing in Australia.

“Hopefully we can get something sorted out for the Bathurst 12 Hour.”