Ogier back with M-Sport in WRC

Ogier back with M-Sport in WRC 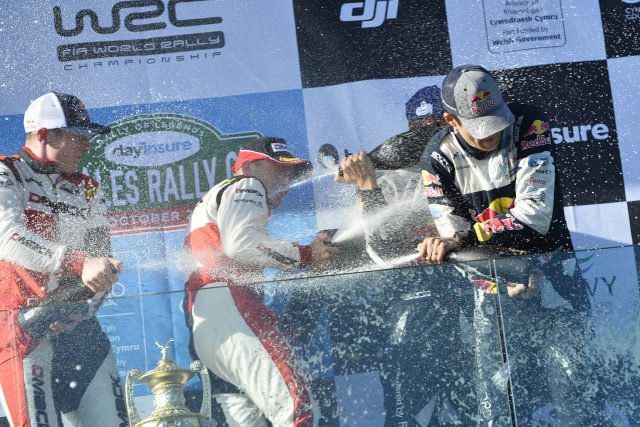 Ogier planning on more celebrations with M-Sport in 2018

Despite a lengthy delay in announcing, it has now been confirmed that World Rally Champion Sébastien Ogier will return for the M-Sport Ford team in 2018.

Ogier switched to M-Sport prior to this season after Volkswagen’s late withdrawal from the WRC at the end of the 2016.

The Frenchman went on to secure his fifth title, but it was M-Sport’s first driver’s championship only the second team’s crown. This all coming despite M-Sport not being a fully-fledged factory operation.

“It’s great to finally announce our plans for 2018,” said Ogier.

“This season has been very exciting with some of the closest-fought competition for years. “

“As a driver, I definitely want to be a part of that. I still get a lot of emotion from this sport, and this team has so much passion. That made my decision clear, and we will work hard to chase more success together next year.” 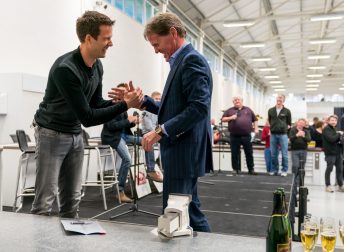 M-Sport team principal Malcolm Wilson and Ogier have been in negotiations for many months with part of the deal hedging on Ford giving the team a greater commitment.

This also led to Wilson being unable to make a firm offer to Ott Tanak who is switching to Toyota in 2018.

Although nothing has been confirmed with Ford, it has been announced that Rally GB winner Elfyn Evans will be Ogier’s team-mate in 2018 and a third entry will also be added to the squad.

“To have secured both Sébastien and Elfyn is brilliant news for the team,” said Wilson.

“We’ve been working towards this goal for some time, so to finally have it confirmed is fantastic and means that we can now focus our attention on the continued development ahead of next season.

“In Sébastien and Elfyn, we have a strong chance of defending our titles. It won’t be easy.

“Our rivals certainly won’t have sat still and I’m expecting an even closer battle for the championship, but with these two crews we have a good chance. They’re both very intelligent drivers.

“There is no doubting their speed, but they also have a masterful approach to strategy that delivers results time after time.

“There’s no reason why we shouldn’t be confident of adding to our success next year and – seeing the reaction of the team this afternoon – I know that everyone will continue to give 110 percent.”

The announcement came during a team celebration at the M-Sport base. Ogier spontaneously took the lead – he and Evans putting pen to paper in front of M-Sport’s 240-strong workforce.