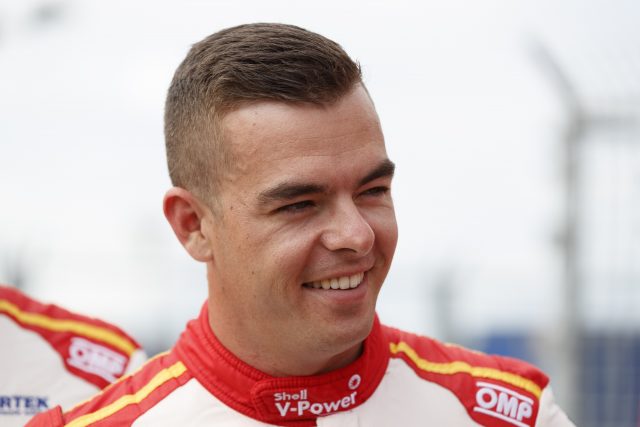 He may have lost the title that was his for the taking, but Scott McLaughlin is a champion in the eyes of his legendary big boss Roger Penske.

Describing McLaughlin’s signing with DJR Team Penske as “the best move we’ve made” in his three-year ownership, Penske has forgiven him for squandering his big points lead in Sunday’s chaotic Newcastle 500 finale.

No driver among Team Penske’s all-star roster of drivers over the past 50 years is more revered by ‘The Captain’ than Mears, winner of a record-equalling four Indianapolis 500s and holder of the all-time mark of six Indy 500 poles.

“I think back to how Rick Mears could dig deep when he was qualifying at Indy,” Penske told Speedcafe.com.

“McLaughlin is a carbon copy because it seems he knows what he wants, and he goes out and gets it.”

Mears, now 67 and still working with Team Penske’s IndyCar program as driver coach/advisor, was renowned for lifting for the big occasions.

As well as a milestone 16 poles this season – including a new ‘Lap Of the Gods’ at Bathurst – the 80-year-old transport tycoon was impressed by McLaughlin’s championship challenge in his first season with DJR Team Penske.

“He delivers the goods for us,” Penske said.

“We watched him for a couple of years and had the opportunity to put a deal together with him when he was available, and I tell you, we’ll never look back.

High praise from the most experienced and successful team owner in international motor racing, who excuses McLaughlin for the under-pressure errors that cost DJR Team Penske the Supercars title double.

“When a guy wins eight races and 16 pole positions, you’d have to say he’s also a champion,” Penske said.

“Maybe he’s not getting the trophy, but he did a helluva job.”

He is also full of praise for McLaughlin’s attitude and infectious personality.

“He’s a fun-loving guy,” Penske said. “He wants to come over to the States, he wants to go to the races with us. He’s 100 percent with us. He doesn’t have a second agenda.

“He’s definitely committed to be one of the great race drivers they’ve had in this business (Supercars) in a long time.”

“Scott and Fabian have created a good bond,” Penske observed.

“Fabian really held us together last year and he’s certainly embraced Scotty. They’re friends, but they compete hard and they’re rooting for each other.

“So, to me, Fabian’s done exactly what we expected.

“He’s won races for us this year and helped drive this owners’ championship.

“Without the two of them, you’re not going to beat Roland (Dane) when you look at the guys he has.”