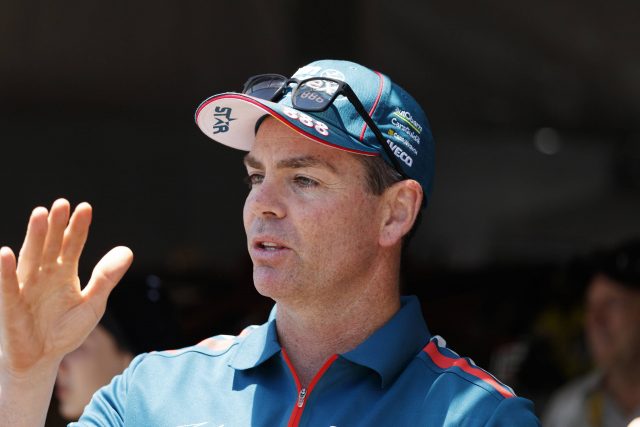 Craig Lowndes has moved to calm the backlash among fans following a controversial end to the Supercars title race at the Coates Hire Newcastle 500.

The popular Triple Eight driver was involved in a penultimate lap crash with title contender Scott McLaughlin which resulted in a 25 second time penalty that ultimately decided the destiny of the championship.

The outcome has sparked plenty of debate among Supercars fans leading to personal attacks on social media.

He has also reiterated that there is no ill feeling between himself and McLaughlin.

“There’s been a lot of negativity out there in the last 48 hours,” read a post from Lowndes on Facebook.

“Our Supercars fans are passionate and that’s what makes our sport great.

“I’m all for people having a say but when it becomes personal, it’s not ok.

“Scott McLaughlin and I are friends & have respect each other on and off the track. If we weren’t both & having a go, it wouldn’t be racing.”

Lowndes also revealed that McLaughlin apologised for the clash in Sunday’s race.

“I spoke to Scotty last night, he actually rang me and apologised,” Lowndes told Fox Sports at the Gala Awards.

“We’re going to leave it behind and obviously get on with it. It’s a sad day for him, sad day for us, we both lost out.

“You don’t want to be involved in something like that, especially when the stakes are so high.

“But like I said, I spoke to him, he apologised, there’s no malice between us.

“We were both fighting hard, we are racers. He was going for a championship, we were going for our own stakes.

“But look, that’s racing. It’s just a shame that it ended up the way it did.”

McLaughlin finished as the runner-up in the championship, falling just 21 points shy, while Lowndes was 10th in the standings following his retirement from the final race of the season.

VIDEO: Analysis of the incident between Lowndes and McLaughlin