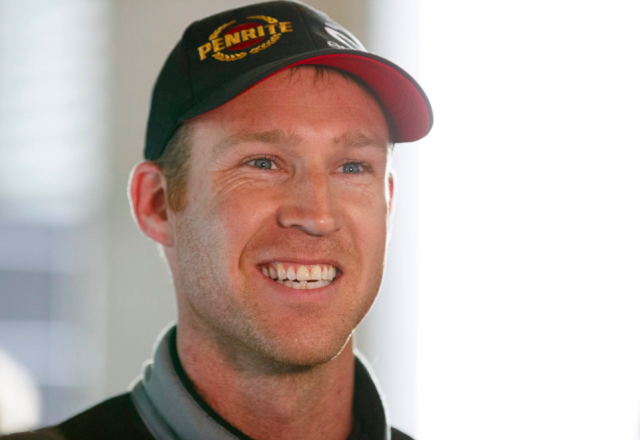 David Reynolds has received the Barry Sheene Medal at the Supercars Gala Awards in Sydney.

The Erebus Motorsport driver was awarded Supercars’ ‘best and fairest’ honour, which has been handed out annually since 2003.

Known as a colourful character in the paddock, Reynolds has emerged as a popular driver among fans.

The Albury-born driver has enjoyed a standout season headlined by an impressive drive to win the Supercheap Auto Bathurst 1000 alongside Luke Youlden in October.

Reynolds finished seventh in the championship standings aided by a third place finish in Sunday’s final race of the season at the Coates Hire Newcastle 500.

“Honestly, I’m truly, truly, truly honoured, and I can’t thank everyone who voted for me enough, so thank you very, very much,” said Reynolds.

“I actually never thought I’d win this being myself and the way I am and the way I talk, so hopefully I’d like to think that this award is about just being yourself and being an individual.”

Since stepping back from competing, he has forged a successful media career working as a pit lane reporter, presenter and commentator for Supercars broadcasts on Network Ten, Seven and now Fox Sports.

Crompton also holds a position on the Supercars Commission.

Ford was Champion Manufacturer of the Year having dominated the race win tally this year.

The inaugural Coates Hire Newcastle 500, which attracted 192,242 fans over the weekend, was awarded the 2017 Best Event gong.

Scott McLaughlin was voted by the fans as the Most Popular driver, while Shell V-Power Racing was named as Best Presented team.