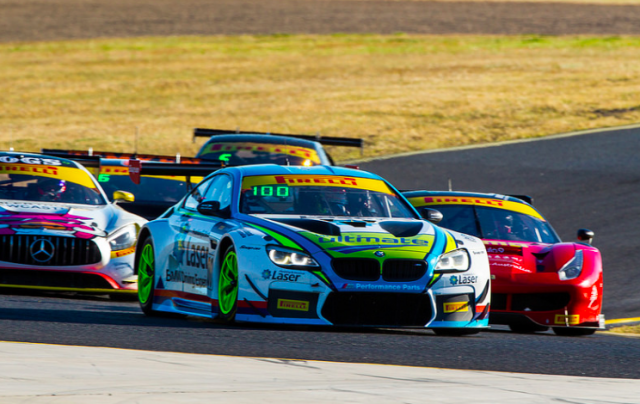 Australian GT will operate a reduced schedule in 2018

Australian GT has confirmed a heavily modified 2018 calendar which sees sprint and endurance formats rolled into the main championship.

Having previously confirmed it would miss the Adelaide 500 in March, the first Australian GT race will be at the Australian Grand Prix from March 22-25.

It then takes in the new The Bend Motorsport Park circuit in South Australia with the Shannons Nationals, taking in the longest 7.7km configuration of the complex.

“By bringing the sprint and endurance formats together under the one umbrella we make the category easier for fans to follow and mirror the approach used successfully in Europe,” said category manager Ken Collier.

“The Australian Grand Prix is fantastic and one our teams and drivers really enjoy, and it’s great to be part of such an important event on the Australian motorsport calendar.

“We then head to The Bend in South Australia for what is going to be a phenomenal weekend to help open that fantastic facility.

“It’s a world-class facility that will really suit our cars and I believe will quickly become one of the best events of the year.”

With the exception of The Bend event, the endurance events will return to the 101-lap format at Phillip Island and the season-ending Hampton Downs.

The Trophy Series will run as a support class to the Phillip Island 101, with its only solo event at Winton in October.

It was also confirmed that GT4 cars will be eligible for their own class within the Australian GT Championship.