McLaughlin: Anything can happen in title decider

McLaughlin: Anything can happen in title decider 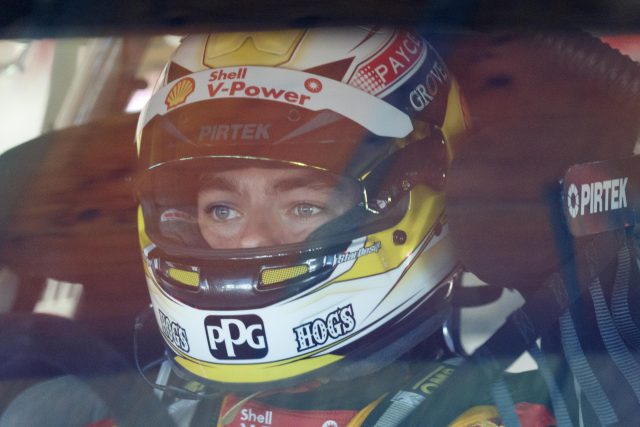 Scott McLaughlin believes the title race is far from over heading into today’s final race of the season at the Coates Hire Newcastle 500.

The Shell V-Power Racing Team driver heads into this afternoon’s 95 lap finale as the overwhelming favourite to clinch a maiden championship crown following a victory in Race 25 on Saturday.

The latest twist in the title race leaves McLaughlin only needing to finish 11th or better to secure the championship.

Despite the advantage, the 24-year-old is fully aware how quickly the championship battle can turn, and is not taking anything for granted.

“Absolutely, the job is not done. I’ve just got to be focussed,” McLaughlin told Speedcafe.com.

“It is nice to be in a better position but anything can happen as we saw on Saturday, so we have just got to give our all and whatever happens, happens.

“I’m enjoying it. It is one of those things where hopefully this is not a once in a lifetime opportunity and I’m just trying to take everything as I can.

“We have got one more goal to achieve and that is the drivers’ championship and we will do everything we can to do that.

“I’ve obviously never been in this position, I’ve got to try and just treat it like any other day, it’s obviously going to be hard.”

Meanwhile, Whincup has admitted he would need a miracle to claim an unprecedented seventh crown after witnessing his 30 point lead turn into a 78 point deficit.

However, the Red Bull Holden Racing Team driver has not given up just yet and is prepared to fight until the death.

“We have not given up,” Whincup told Speedcafe.com.

“That is something we pride ourselves on and we will race hard until the last lap of the last race.

“We hung in there for a long time and we are little bit out of it now but we will never say die.”

Supercars return for a 20 minute qualifying session followed by a Top 10 Shootout to set the grid for the final 95 lap race of the season.

How McLaughlin can secure the championship: Race 26 finishing positions