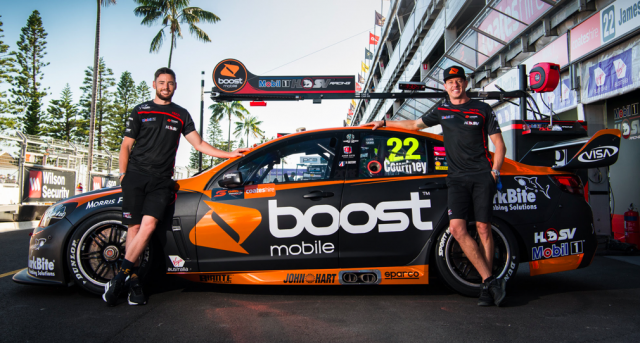 Boost Mobile will continue as a naming rights partner

Walkinshaw Andretti United has announced that Boost Mobile will be one of its naming rights partners for 2018.

The mobile carrier joined the Walkinshaw run Mobil 1 HSV Racing team at the start of the season, taking up title sponsorship on the #22 James Courtney Holden Commodore from the Phillip Island round.

The Australian owned company was founded in 2000 by Peter Adderton, and has grown to become the world’s largest youth mobile brand.

“To have Boost Mobile not only continue their support of the team in 2018, but to expand it to become one of the naming rights partners is fantastic for everyone at Walkinshaw Andretti United, we’ve really enjoyed working with them this year,” said team co-owner Ryan Walkinshaw.

“As a team, we are entering a new chapter in 2018, and we are extremely grateful and excited to have Peter, Jason, and the whole team at Boost Mobile with us for it.”

“They are a great company who connect to our fans. After starting our relationship with them at the beginning of this year, we can’t wait to see what we can achieve on and off the track with them in 2018.”

The team will field an unchanged driver line-up of Courtney and Scott Pye for next season.