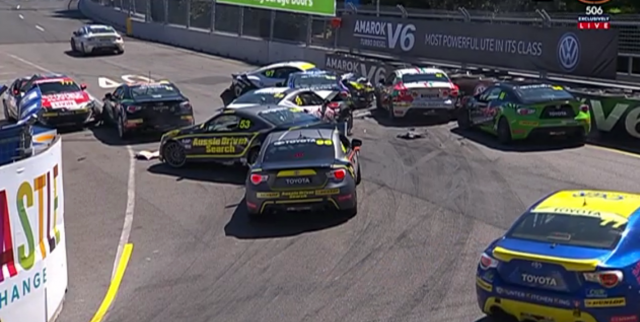 A multi-car crash marred the final lap of the opening Toyota 86 Racing Series race at the Coates Hire Newcastle 500.

The incident occurred at Turn 9 on the Newcastle street cirucit as Liam McAdam and Zach Loscialpo came together whlie battling for seventh. 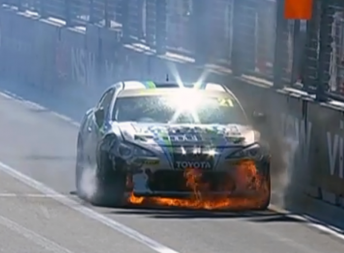 It left McAdam facing the wrong way around a blind corner, before a number of other drivers became involved while trying to take evasive action.

Loscialpo limped to the front straight with heavy damage with a fire in the engine bay.

The race was won by Cameron Hill, who’d dominated the event despite a safety car on Lap 5 when Ben Grice and John Iafolla crashed on the exit of Turn 1.

Race 2 of the Toyota 86 Racing Series weekend is scheduled for 1400 AEDT.