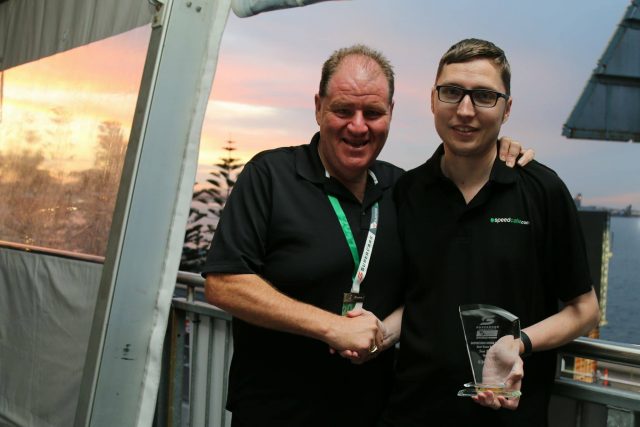 Speedcafe.com has picked up multiple honours at the 2017 Supercars Media Awards.

Howard and Stefan Bartholomaeus, who broke the Lacroix story, received their awards in the pit lane Paddock Club tonight at the Coates Hire Newcastle 500.

“It was a really tough field and there were many people who deserved to win,” Howard told Speedcafe.com.

“I’d like to thank ‘Crusher’ (Brett Murray, owner) for giving me the opportunity to work at Speedcafe.com and Gordon Lomas and Stefan Bartholomaeus because they taught me everything I know about Supercars.

“I’m genuinely very proud to have received this award.”

See below for the full list of award winners