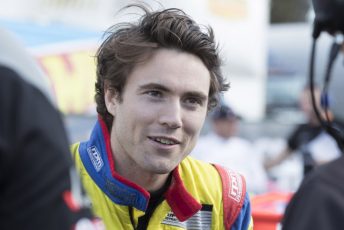 A five-time race winner in 2017, McBride has high hopes heading into next season.

“Having raced against Porsche Centre Melbourne in Carrera Cup for the past four season, I know the team and how it operates.

“That’s why I’m excited to now be part of the operation leading into the 2018 season.

“I had some strong results this season in Carrera Cup, including a round win at Sandown.

“I now look forward to the new challenges 2018 will present, including gelling with the new team and learning the new 911 GT3 Cup race car and, hopefully, continue similar success into the new year.”

“Nick is a fantastic young man and a sensational race driver and we warmly welcome him to the Porsche Centre Melbourne family,” he said.

“Nick encompasses exactly what we look for in a Porsche Centre Melbourne race driver and representative.

“He is not only an expert behind the wheel of a 911 GT3 Cup race car, but he fits the image of our business; he is an ambitious, well presented young professional both on and off the track.

“We look forward to working with Nick for the remainder of 2017 and having him represent our dealership on track for 2018.”

The 2018 Carrera Cup Australia calendar is set to be unveiled in the coming weeks.