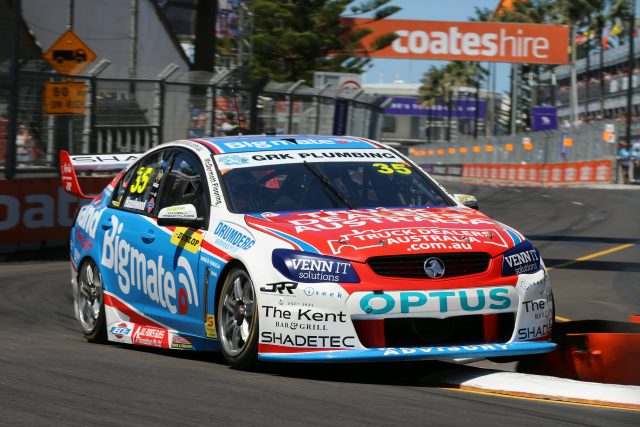 Todd Hazelwood has set the fastest lap in practice for the final round of the Dunlop Super2 Series in Newcastle.

The Matt Stone Racing driver bolted on a set of new tyres to clock a 1:11.2491s in the second of the day’s two 30-minute sessions, edging Will Brown, Jack Le Brocq, and series leader Paul Dumbrell.

Hazelwood sat fastest when the session was neutralised halfway through in order to retrieve the #16 MW Motorsport Altima of Bryce Fullwood, which had developed an electrical problem.

With fresh Dunlops fitted to the #35 VF Commodore, Hazelwood went faster again on consecutive laps to stay top as he seeks to overhaul Dumbrell in the title race this weekend.

Le Brocq (#28 MW Motorsport Altima), who was fastest during Practice 1 with a 1:12.6115s, spent a handful of minutes on top of Practice 2 in two separate spells, before climbing back to third with a final-minute effort.

Dumbrell (#88 Eggleston Motorsport VF Commodore), who had a number of excursions up the Turn 1 run-off in the morning session, sat eighth at the red flag during Practice 2 but also lifted late to finish the day fourth-fastest.

Richard Muscat had a minor moment when he slid beyond the track limits at Nobbys Hairpin and nudged a tyre bundle in his #44 Garry Rogers Motorsport VF Commodore but was still good enough for fifth-fastest. 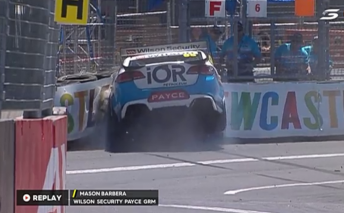 Rounding out the top 10 for the session and day combined were Macauley Jones, Anton de Pasquale, Shae Davies, Nathan Morcom, and Jack Perkins, with Garry Jacobson one position further back.

While there were only minor incidents in Practice 2, Mason Barbera became the first driver to come to grief in the downhill run through Shortland Esplanade in Practice 1.

Barbera lost the rear of his #99 Garry Rogers Motorsport VF Commodore near the bottom of the Esplanade and slapped the wall on driver’s right before careering headlong into the tyre belt on the opposite side of the track at Turn 6.

While he was unharmed, he did not appear for Practice 2.

Qualifying for Race 1 of the weekend gets underway tomorrow at 1030 local time/AEDT.