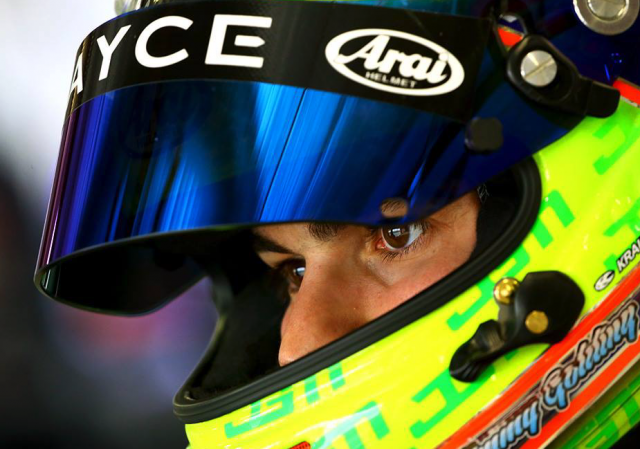 Garry Rogers Motorsport has announced that James Golding will step up to the Supercars main game with the squad next next year.

The highly rated young gun had long been expected to secure the drive in the team’s #34 entry as a replacement for James Moffat, with confirmation only arriving at this weekend’s Coates Hire Newcastle 500 finale.

Golding will partner Garth Tander at the Melbourne-based Holden operation next year which is set to upgraded to a pair of ZB Commodores.

The 21-year-old has worked as a mechanic at the team which he has dovetailed with stints in the Dunlop Super2 Series in 2015 and 2016, finishing fourth in the standings last year.

After missing out on a drive this year, Golding, who finished third in the Australian Formula Ford Series, impressed in two Supercars wildcard outings and a Pirtek Enduro Cup campaign alongside Tander.

“I’ve been working for this for a long time and to finally get it is a bit surreal to be honest,” Golding told Speedcafe.com.

“I think I’m as ready as I’m ever going to be to step up to Supercars.

“Last year I had a good run in the Dunlop Series and this year not racing full-time made it a little bit harder, but I have learned a lot in the wildcard races and the Pirtek Enduro Cup.

“I’m feeling a lot more confident and this has worked out well for me and hopefully it makes my job of joining the main game a lot easier.”

“I have tremendous faith in Bieber’s ability, but as importantly know that he has the background to deal with the setbacks that he will encounter,” said team owner Garry Rogers.

“I know that Bieber has the skills and we will provide him with the people and the equipment to not only have the potential to lead that group but challenge the mainstays of Supercars.

“I have been watching him since his early teens in go-karts and as things progressed I offered him an apprenticeship a little over four years ago as a mechanic.

“Bieber has shown a great aptitude to the mechanical side of a race car and his day to day work ethic certainly illustrates to me that he is a very disciplined person.”

Golding’s confirmation leaves only handful of seats yet to be confirmed for next year’s grid.

Jack Le Brocq has been heavily linked to the seat at the Gold Coast squad.

Meanwhile, a second Racing Entitlements Contract from LDM will move to Prodrive, which is expected to underpin an entry for Richie Stanaway.

Nissan Motorsport is yet to announce its replacement for the retiring Todd Kelly, although he has confirmed a young driver will fill the void.

The future of Jason Bright’s REC following his retirement is not secured. However, Matt Stone Racing has been in talks to secure the licence to run Todd Hazelwood.