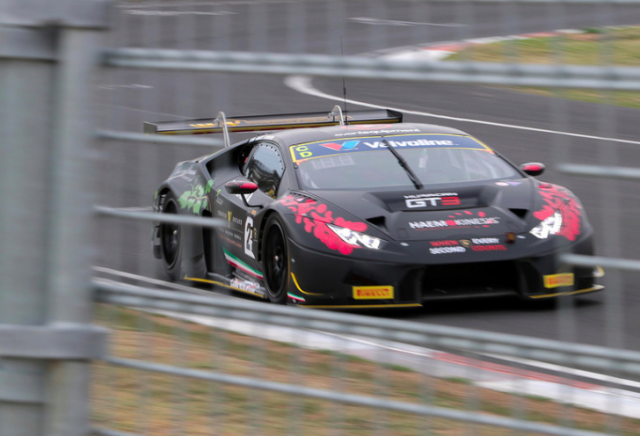 Trofeo Motorsport will return to the Liqui-Moly Bathurst 12 Hour

The Melbourne squad has confirmed plans to enter its Lamborghini Huracan GT3 for the February 2-4 endurance race with an unchanged driver line-up from last year.

The car attended last weekend’s Challenge Bathurst unofficial 12 Hour test, where it clocked the fastest time with Canto behind the wheel.

“We learned a lot last year from the event and came third, top-10, so we’re trying for that number one spot,” said Manolios.

“We will run the same driver line up – we’re on to a good thing so we’re sticking to it.

“In the last 12 months we’ve had a lot more development and a lot more understanding of the car and how it works.

“These latest version of GT3 cars are really race cars; you can feel one click in a shock, a slight adjustment. It takes quite a lot of time to get it going.

“We haven’t been able to use the data from Europe because the cars are slightly different. They run a different air restrictor and a slightly wider front tyre, which we won’t have until next year.

“That’s what we’ve been working on, that setup.”

The squad has confirmed it is working on plans to field a second Huracan at the event.

“We’re not at the point of confirming anything yet but it is a work in progress. It would be good to have a second car as part of the program.”