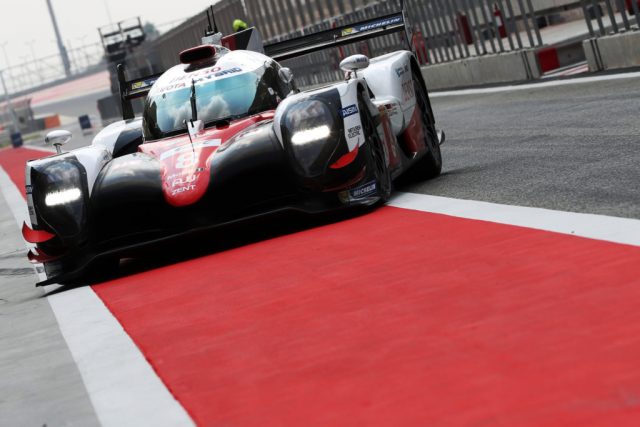 Toyota is staying in the World Endurance Championship

Toyota Gazoo Racing has confirmed that it will continue on in the World Endurance Championship.

According to reports, Toyota Motorsport GmbH President Hisatake Murata made the announcement at the WEC awards ceremony in Bahrain.

The decision makes Toyota the only LMP1 hybrid entrant in the 2018/19 WEC after the departure of Porsche, though it will be joined in the class by privateer non-hybrids from at least DragonSpeed, Manor, and SMP Racing.

The Japanese manufacturer’s participation had come to be somewhat expected despite the decision dragging out for a number of months.

Drivers for the program have not been confirmed.

Toyota won the season-ending 6 Hours of Bahrain on the weekend, with the Prologue for the 2018/19 ‘super season’ taking place on April 6-7, 2018 at Circuit Paul Ricard.