POLL: Will you miss V8 Utes?

POLL: Will you miss V8 Utes? 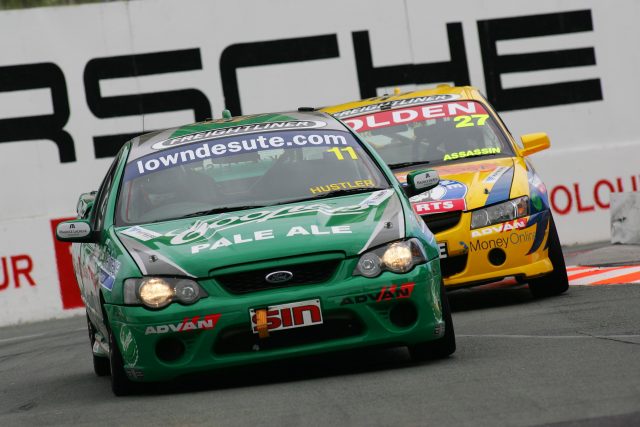 This weekend’s Newcastle 500 marks the end of an era with the final round ever of the V8 Ute Racing Series.

While other engine types will be phased in to the Virgin Australia Supercars Championship as part of the Gen2 regulations, with the V8 still eligible, ute racing will make a clean break at next year’s Adelaide 500 when an expected field of around 15 turbo diesel SuperUtes lines up on the grid.

While the existing Commodore and Falcon utes are set for their own series on the new Australian Motor Racing Series program, the Aussie ‘coupes’ will no longer be raced on the profile of the Supercars undercard.

From humble beginnings in Adelaide in 2001, when nine cars lined up on the grid, V8 BrUtes (as it was then known) quickly became a phenomenon.

It offered packed 32-car grids mostly on the PROCAR circuit then later as one of Supercars’ key support categories.

Fans were attracted to the no-holds barred racing of the early years in particular, while the adoption of nicknames for every driver – such as ‘Mr Damage’, ‘Rev Head’, and ‘Mad Dog’ – helped to create strong characters for the fans to follow.

V8 Utes did manage to help launch a number of careers, most notably those of Warren ‘Rock Dog’ Luff and Chris ‘Crispy’ Pither, the latter of whom has the distinction of simultaneously holding the title in both the Australian series and the New Zealand version which it spawned.

However, even after dialling back some of the madness which marked its fledgling seasons, V8 Utes was always an entertainment category above all else, initially featuring randomly-drawn grids and utilising reverse-grid middle races at most rounds.

Jack ‘Hustler’ Elsegood, for example, needed only to finish the final race of the 2007 season to win the title but a flat tyre triggered a mechanical problem that saw him DNF.

V8 Utes was also the last category which the late Luke ‘Princess’ Spalding raced in before losing his battle with cancer.

Despite the immense popularity of the series, the closure of Ford’s and Holden’s local manufacturing operations meant that V8 Utes was on borrowed time.

In late-2016, Supercars, which had by then taken over category management, announced that the category would evolve into ‘SuperUtes’.

A hasty introduction had been planned for mid-2017 before Supercars took stock and opted for a more thorough effort with the guidance of Ross Stone, rescheduling the series’ new start for 2018.

While SuperUtes will be highly ‘relevant’, with the Toyota Hilux and Ford Ranger regularly at or near the top of the nation’s sales charts, there has been widespread fan scepticism about the spectacle and quality of racing.

Will you miss the V8 Ute Racing Series?