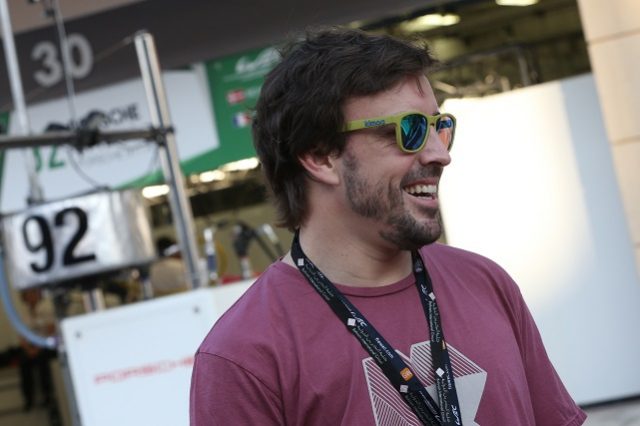 Alonso will share a TS050 Hybrid with one of the Japanese marque’s full-timers, Sebastien Buemi, in what will be his first drive in an LMP1.

The Spaniard’s name was not initially listed on the entry list but he had undergone a seat fitting at Toyota Motorsport GmbH’s Cologne headquarters in preparation for the test.

Alonso attended the season-closing Bahrain WEC race overnight as a guest of the Bahraini royal family, and was seen with members of the Porsche team on the grid.

His participation in the rookie test will be seen as the clearest indication yet that the two-time Formula 1 champion is set to race in next year’s Le Mans 24 Hours as he continues his quest to complete the ‘triple crown’ of motorsport.

Other WEC outings also remain a possibility for Alonso, with only one round (Fuji) clashing with the F1 calendar in 2018.

Toyota Team President Hisatake Murata said, “We are very excited that Fernando will test our car.

“When he visited us in Cologne everyone who met him could sense his enthusiasm and passion for our sport; he is a true racer.

“We very much respect his interest in different forms of motorsport and it is a pleasure to offer him this chance to drive a hybrid LMP1 car. It will be interesting to hear his feedback on the TS050 Hybrid.”

LMP2 star Thomas Laurent will drive the other Toyota TS050 Hybrid alongside Mike Conway, while newly-crowned Formula V8 3.5 champion Pietro Fittipaldi will drive a Porsche 919 Hybrid as his prize for winning the WEC support series.