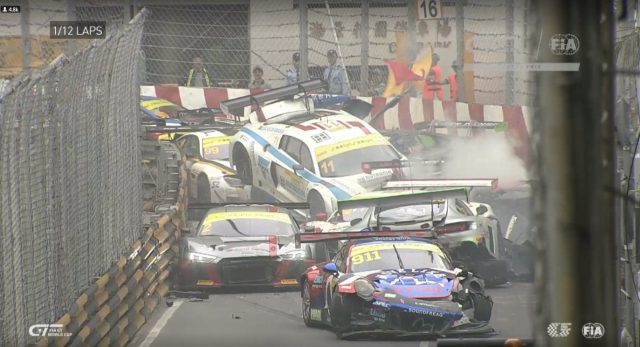 The 12 lap race held on the narrow Guia street circuit was suspended  for more than 25 minutes following a huge incident on the opening lap that involved the majority of the field.

While Raffaele Marciello managed to avoid Juncadella’s Mercedes, Laurens Vanthoor, driving a Craft Bamboo Racing Porsche, was unsighted and plowed into the Spaniard, triggering chaos behind.

Luckily, Prodrive Supercars driver Mostert, who qualified on the final row of the grid, avoided the incident and was able to make the restart.

In only his third GT race, Mostert made no mistakes when racing resumed to bring his AAI Motorsports prepared BMW M6 GT3 home in fifth. 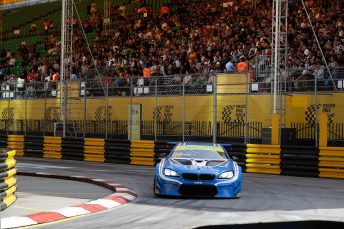 Mostert on the streets of Macau

“Obviously a lot of cars were involved in the accident and crashed out,” said Mostert.

“I was very lucky to stay out of the drama. It was good that I had some race laps afterwards.

“I feel I’m making improvements out there every lap. Overall I’m super happy. Saying I have a P5 from Macau is fantastic.”

Maro Engel had led the race prior to the initial stoppage although his car sat stationary in pit lane shortly before the restart.

The race determined the grid for Sunday’s 18 lap feature race, handing Mostert a third row start on a track where overtaking is difficult.